Olympics in China and the province: When athletes become a pawn 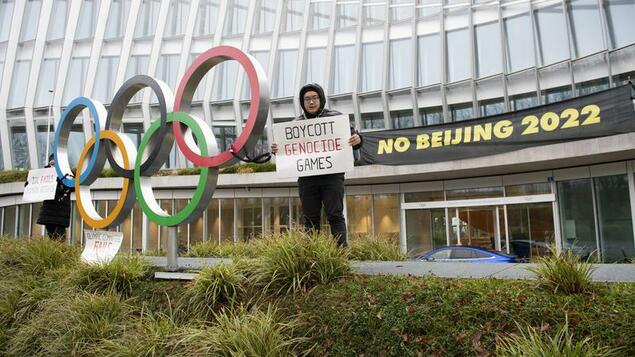 The Beijing Olympics will start in just under two months. But the debate over how to handle the sporting event has long raged. Countries such as the United States, Great Britain or Canada have chosen not to send prominent political figures to China. In Germany, the new government has not yet issued a final statement.

However, there are demands – from the political side as well – for a boycott of the Winter Games not only from a diplomatic point of view but also from a sporting point of view. However, German athletes vehemently refused on Thursday. “As athletes, we had no role in what we thought was an irresponsible granting of the Games to China. Now to link us to these violations and impose this responsibility on us to act there, we consider it wrong and unfair,” Tobias Prius, vice president of the sports federation told ZDF morning magazine. “.

In fact, politicians make it very easy on themselves when they want athletes of all people to take such a clear stand that they think they are not in a position to show it. Human rights violations in China are nothing new, but the People’s Republic has been a kind of savior for the German economy in the recent past. In any case, there is no record that the ruling German companies asked not to trade with the Chinese or invest in new locations locally.

In this context, Prius speaks of “symbolic politics”; It is actually cheap to want to push the sport forward in order to set an example. Politicians have had a great opportunity to do so in the past and will continue to have it given the current developments in China. Athletes have the primary responsibility for their athletic performance, which doesn’t stop many from worrying anyway. Because it is also clear: for China, the Olympic Games are first and foremost a major publicity event and the participating athletes are nothing more than a game for the system.

It is possible that one of them will not participate in the Olympics due to local conditions. Luge contestant Natalie Geisenberger took this to heart recently. However, it must remain an individual decision, because there are more effective means of protesting oppression and human rights abuses than a total boycott of the Games as a team. However, these are not in the power of athletes.