Olympia – Human Rights Watch: IOC leaders around Bach will have to resign 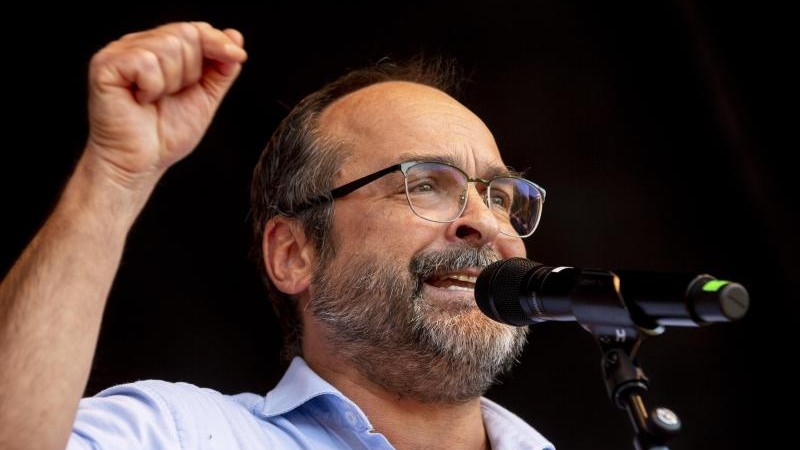 “Even if the economy is already calling on business to denounce human rights abuses in Xinjiang, it should be clear to Mr. Bach and the others that their time has come,” said Wenzel Michalsky, director of Human Rights Watch at Human Rights Watch. Germany, Deutschlandfunk. Four weeks before the start of the Winter Olympics in Beijing, he stressed: “They should resign and leave the field to a new generation of officials concerned with human rights.”

Michalsky said that the power of sports federations such as the International Olympic Committee or the World Football Association “FIFA” must “now be broken, because it has shown that they are only acting irresponsibly and greedy.”

China has also been criticized for human rights abuses in its dealings with Uyghurs and Tibetans, for its suppression of the democratic movement in Hong Kong, and for threats against Taiwan.

On the other hand, IOC President Bach recently spoke of great international support despite the planned diplomatic boycott of the Olympic Games in some countries. “The support of the international community for these Winter Olympics is clear and very welcome,” Bach said in his New Year’s address. The USA, Australia, Great Britain and Canada, among others, have announced that they will not be sending politicians to the Games from February 4-20. Recently, German Foreign Minister Annallina Barbock and Interior Minister Nancy Wieser announced that they would not travel to Beijing for the Games.

Bach also stressed the IOC’s political neutrality. “The Olympics are above any conflict,” he said, referring to the United Nations resolution declaring a ceasefire in the Olympics. This shows that the task of connecting the world can only succeed if Olympia transcends all political differences.