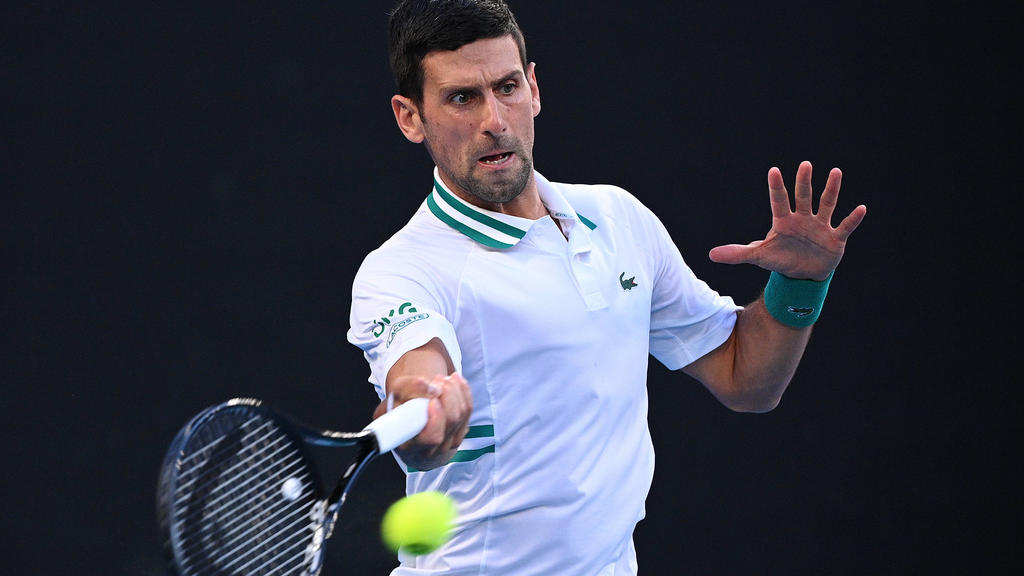 Novak Djokovic is just one step away from winning his ninth Australian Open title.

Melbourne’s king defends his empire with flying colors: Fairy-tale Novak Djokovic finished Russia’s Aslan Karatsev in the Australian Open semi-finals, just one step away from his ninth victory in Down Under.

For the ninth time in Melbourne and for the 28th time in a Grand Slam tournament, Djokovic reached the final. The world number one defeated Karatsev 6:3, 6:4, 6:2 and ended the thrilling run for the 114th in the world.

As the first Grand Slam debutant in the professional tennis era (since 1968), 27-year-old Karatsev reached the semi-finals.

“Congratulations, he did a good job,” Djokovic praised, who is getting better and better: “Now I have to put all my energy into the most important match.”

Of the problems with the abdominal muscles that the Serb complained about after the third round, nothing was said about him, as happened in the quarter-final victory over Alexander Zverev. “I felt great,” he said.

While the surprising man Karatsev climbed to 42nd place in the world rankings and the prize money he earned throughout his career has doubled to more than 1.2 million US dollars, Djokovic is moving in completely different areas.

He is already a record champion in Melbourne, but with his ninth Australian title and 18th Grand Slam win overall, he would have shortened the gap in the all-time list of Roger Federer and Rafael Nadal (both 20).

For this, Djokovic has to eliminate Russian Daniil Medvedev, who is unbeaten in 19 matches, or Stefanos Tsitsipas (Greece) victorious Nadal on Sunday. The two will determine the second finalist on Friday (9:30AM CET).

Djokovic already scored another big goal apart from winning the title in Melbourne.

The 33-year-old will remain number one in the world rankings after March 8 and will overtake current record holder Federer (Switzerland/310) with a total of 311 weeks at the top. But Joker is looking for more.

With another victory at the Australian Open, world number one Djokovic on the eternal Grand Slam leaderboard narrows the gap to Nadal and Roger Federer (both 20 titles) So far, the 33-year-old has racked up 17 successes in the top four world championships. .