New infections: What is known about the Corona mutation 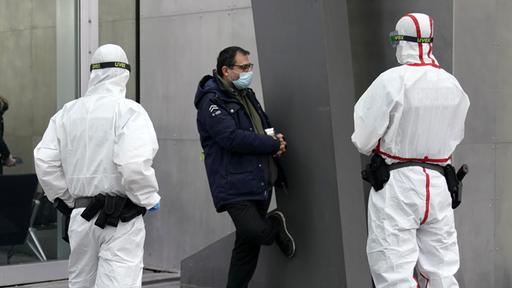 A type of SARS-CoV-2 has spread to parts of England which, according to the British government, can be up to 70% more contagious. How did the mutation originate and how does it work – and is it more dangerous?

The new virus variant is due to a mutation. Such changes in the genetic makeup of viruses are completely normal and happen frequently. So far, science has already discovered about 300,000 mutations in the SARS-CoV-2 virus, confirms French genetic researcher Axel Caan. As the number of infected people increases, so does the likelihood and frequency of random mutations of the new coronavirus.

The virus variant that is now being particularly focused on differs by a mutation named N501Y in the so-called spike protein of Sars-CoV-2. With this spike-like structure on its surface, the virus attaches itself to human cells and then invades them.

“Coronaviruses change all the time, and therefore it is not surprising that new variants of the SARS-CoV-2 virus have emerged,” says genetics and virology expert Julian Hiscox from the University of Liverpool. It must now be clarified whether the virus variant “has characteristics that affect human health, diagnoses and vaccines.”

According to virologist Julian Tang from the University of Leicester, the virus variant with the N501Y mutation appeared intermittently a few months ago, namely in April in Brazil, in June and July in Australia and in July in the United States.

According to British scientists, the virus variant is currently causing a massive increase in coronavirus infections in southern England and the British capital, London. Patrick Vallance, the chief scientific adviser to the British government, explained that since it first appeared in mid-September in London or the southeastern province of Kent, it has now evolved into the “dominant” form of Sars-Cov-2. He attributed the “extremely large increase” in hospital admissions for Covid 19 patients in December to this development.

According to the Robert Koch Institute (RKI), the new virus variant has not yet been discovered in Germany. However, an event cannot be ruled out, RKI explained.

According to the World Health Organization (WHO) on Sunday, with the exception of cases in England, the new virus variant has so far been detected nine times in Denmark and once each in the Netherlands and Australia. Italy reported another case in Rome on Sunday evening.

According to England’s chief medical officer, Chris Whitty, the new variant of the virus is spreading much faster than previous forms of the Covid-19 pathogen. This is indicated by a very significant increase in injuries and hospital stays in London and the southeast of England compared to other parts of the country, explained Dr. Paul Hunter of the University of East Anglia on the science site “Science Media Center”. Immunologist Peter Openshaw of Imperial College London said the new variant appears to have 40 to 70 percent higher transportability.

However, RKI notes that there could be other possible explanations for the increase in the number of infections in southeast England.

According to Whitty, the good news is that so far there is no evidence that a new variant of the virus poses a greater risk of death for those infected. Also, there is currently no indication that the new variable affects the effectiveness of coronavirus vaccines or treatments. Studies to confirm this assessment are ongoing.