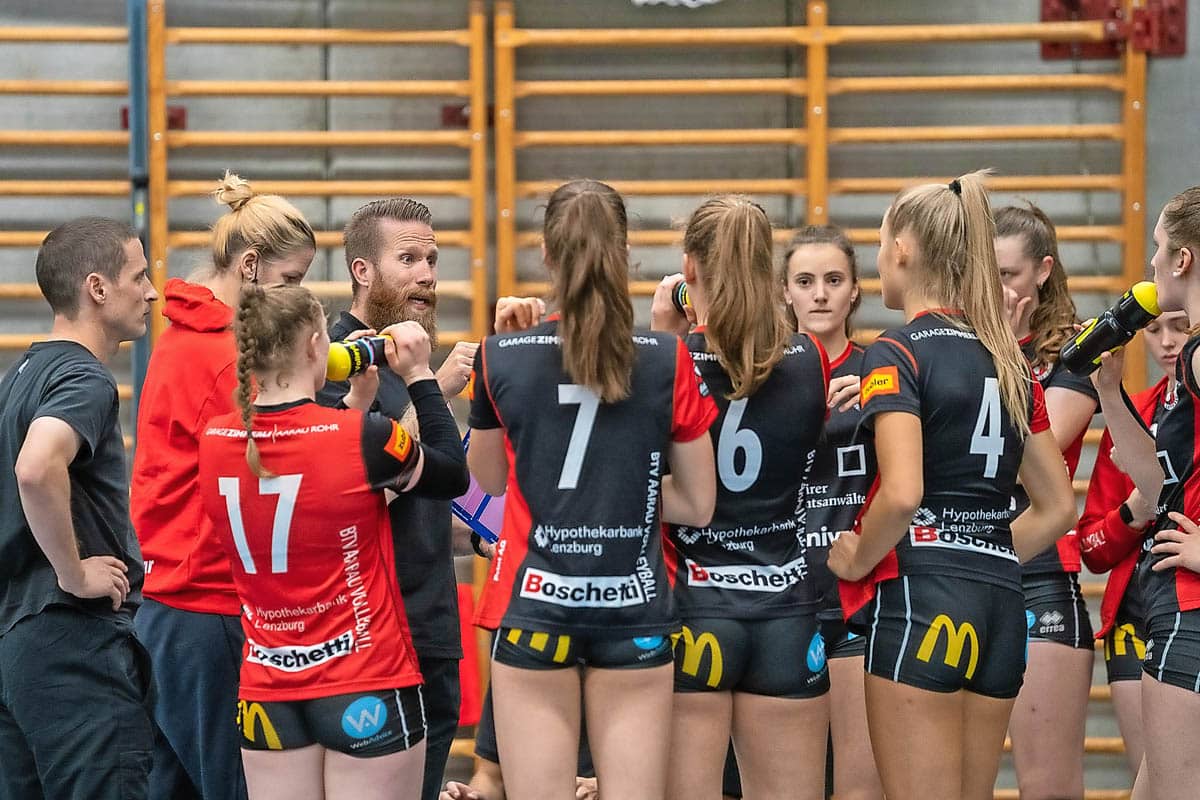 BTV Aarau Volleyball intensifies its collaboration with Teemu Oksanen and engages him on a full-time basis. The 37-year-old Finn has led athletic training for national youth club BTV Aarau Volleyball (NNV), the NLB team and the RTG regional training group for a year and has been supporting NNV head coach Timo Lippuner, as an assistant coach since August.

Teemu Oksanen has 20 years of experience coaching volleyball – from regional youth teams to professional sports. As head coach of volleyball in Finland and Switzerland, he has taken care of several teams in the NLA – including VBC Cheseaux and VC Kanti Schaffhausen. Oksanen has been active as a volleyball sports coach for years looking after professional ice hockey players at HC Lausanne and for a year now National Youth Club (NNV) players BTV Aarau Volleyball, the NLB and, since June, the Aargau regional volleyball coaching squad. In addition to working full-time at BTV Aarau Volleyball, Teemu Oksanen currently supports the women of the Schwarz-Weiss Erfurt top team in the Bundesliga as an athletics coach and travels to East Germany once or twice a month.

Harald Gloor: “Teemu is a BTV asset”
For Harald Gloor, Head of Sports at BTV Aarau Volleyball, Teemu Oksanen’s full-time involvement is a logical conclusion: “Teemu is an asset to BTV Aarau Volleyball. We are very satisfied with his way of operating in the elite and youth sector, and we are convinced that he can support The young athletes of NNV Aarau not only as an athletics coach but also as an assistant coach are on their way to becoming professional volleyball players.”

The National Youth Club NNV was founded in Aarau in August 2020 by Swiss Volley and BTV Aarau Volleyball. It offers athletes with a Swiss Olympic Talent Card the opportunity to train in a professional training environment in order to make the leap to the NLA and at best to play as a professional abroad.