Mexico receives a third group of Afghan refugees; 86 Arriving from Qatar and UK 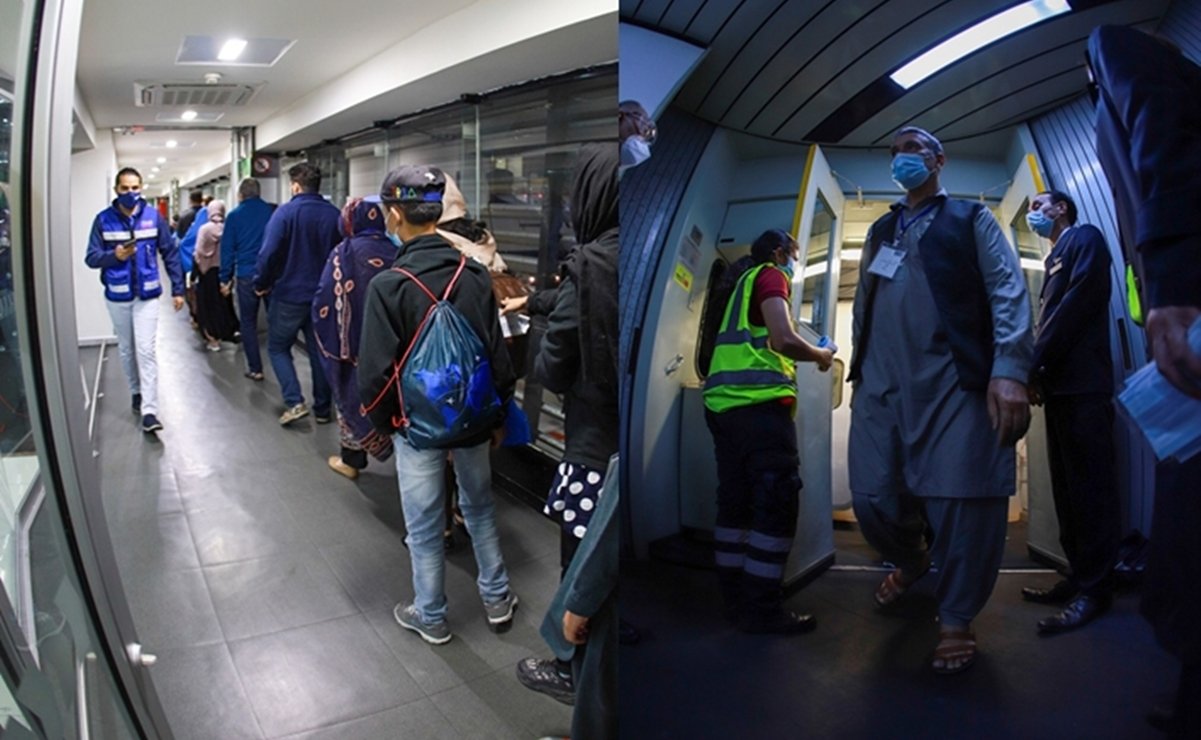 Tonight the third group of people from Mexico City arrived at Mexico City International Airport. Afghanistan, who will get the status refugees in our country.

About 86 citizens living in Qatar and the United Kingdom, all of them are media professionals, accompanied by their families, who have requested humanitarian protection from our country, considering that their lives are in danger.

Some of them worked as collaborators with the Wall Street Journal on Afghan soil.

“It is worth noting that the costs of travel and living during your stay in our country will be covered by sponsors from the private sector and civil society organizations,” an official statement read.

With this said, there are three groups of people who come from Afghanistan Because of the situation prevailing in that country. Last Tuesday, August 24, Secretary of State Marcelo Ebrard welcomed the first contingent of Afghan women to the Afghan Dreamers team, known internationally for producing ventilators – from used auto parts – to care for patients with health problems. COVID-19. Hours later, at dawn on August 25, a group of more than a hundred people, including workers from the New York Times, landed in Mexico City, on a flight from Qatar.

See also  The Department of Justice has opened a criminal investigation into the book Bolton: The New York Times

“Receive people from Afghanistan It is a political decision of the Mexican state and is carried out with full adherence to the historical traditions of humanitarian assistance in our country. For this reason, the Government of Mexico, faithful to these principles, and in compliance with the international obligations it has undertaken and the mandate of President López Obrador, reaffirms its readiness to grant protection and assistance on humanitarian grounds – within its capabilities – to the people of that country, whose life and safety are imminently in danger. ” release.

The Ministry of Foreign Affairs reported that there are several files with applications to enter the Republic of Mexico from Afghanistan Which is being analyzed, although it did not disclose the number of requests.

Read also: The largest group of 130 Afghanis to Mexico