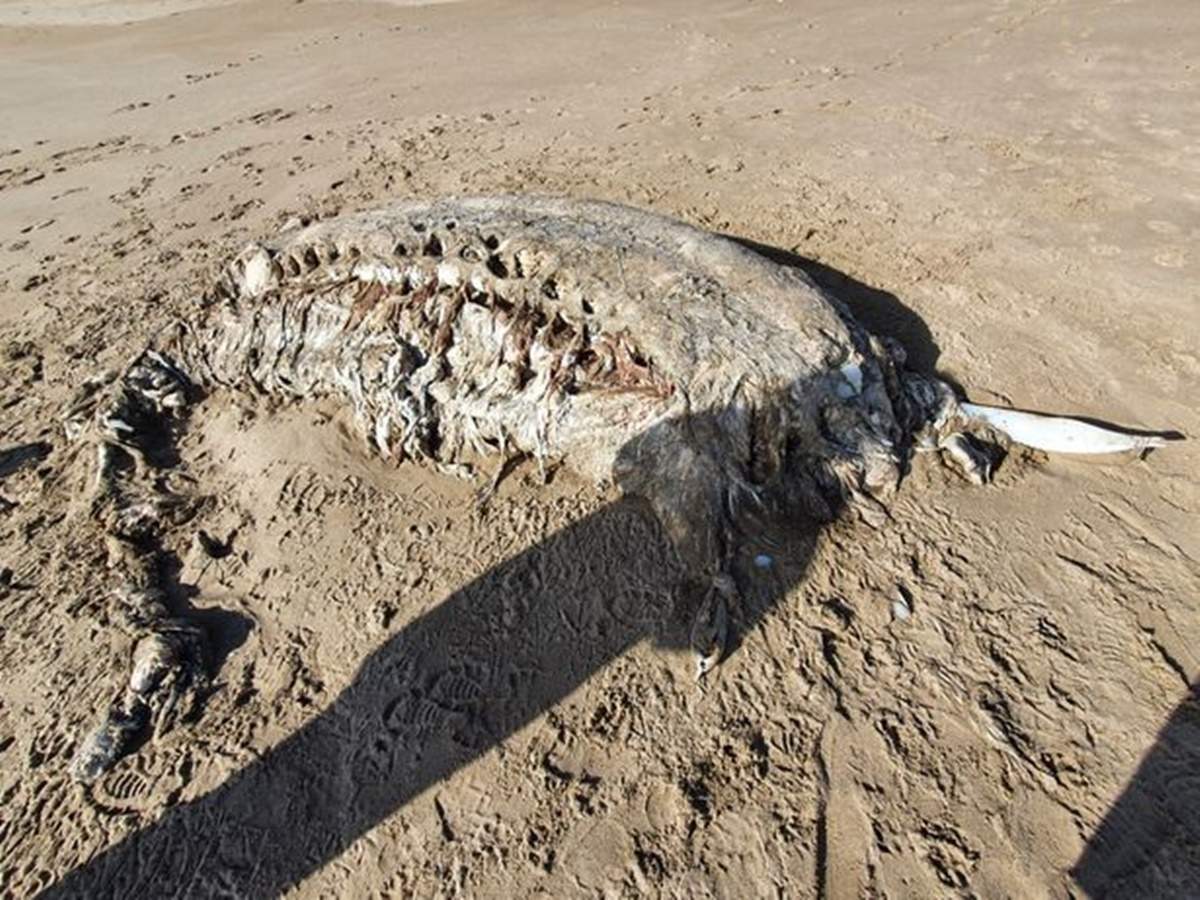 London
In Britain, people are afraid of spotting a monstrous creature 23 feet tall at the beach. This is ambiguous Sea creatures It has not been identified yet. Scientists who arrived at the site said that it is now difficult to determine the face of the organism. It is said to weigh about four tons.

This creature is found in the sand along the beach
This fearsome creature was spotted on Broad Haven South Beach in Pembrokeshire last week. Subsequently, life guards deployed to Middle Security informed the UK’s Cetasian Strandings Investigation Program (CSIP). This British agency handles many important tasks such as caring for and searching for marine life.

It cannot be determined yet
CSIP scientist Matthew Westfield told local media that identifying the organism is getting harder. Because, over time, his body decomposes through exposure to the sun’s heat and the outside environment. It is feared that this creature died in the sea itself and reached the shore during the tide.

This marine creature can be as large as 23 feet
In the photos, its outer shell is brown. Many bones in the body are also seen to be dissolved. According to Matthew Westfield, this animal is not mentioned anywhere in biology. There is no clear evidence of its head and any part of it. However, scientists have identified the backbone of this animal which is about 23 feet long.