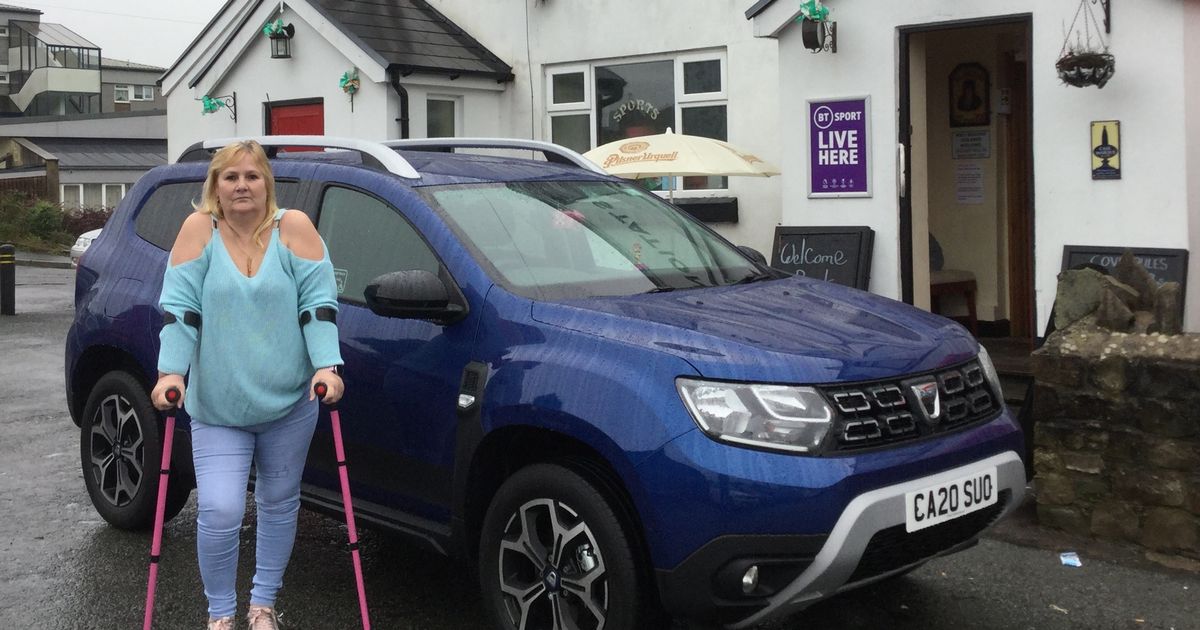 A mum claims she can no longer afford to pay for her new car after a garage failed to tell her about a whopping £6,900 “balloon payment.”

The pub landlady has arthritis and needs the scooter to help her to look after her children, including her 12-year-old autistic son.

Jillie, who runs a pub in Merthyr, initially thought she was just taking a test drive but only realised afterwards that she was buying the car.

After agreeing to pay £198 per month, she claims she was not told about an additional “balloon payment” at the end of the deal until it was too late.

Speaking to Wales Online, Jillie said: “I was asked by the salesperson how did £198 per month sound?

“I thought it was a bit more than I had wanted to pay but it was fine.

“I was told when I came into the office that because of Covid-19 we couldn’t go through the paperwork, and I was asked to sign it electronically.

“I thought I was signing up for a test drive at the time and only realised afterwards I was actually buying the car.”

Jillie said she went through with the purchase as she needed a car which could easily fit her mobility scooter.

On July 28, she picked up the Dacia Duster and drove home but said something did not feel right.

She said: “I rang them up about 48 hours later and asked if it was really £198 per month. They said yes, and then paused and said ‘and the balloon payment.'”

Two salespeople then told her their colleague would have informed her about the balloon payment, Jillie said.

She added: “They were both saying the other would have told me about it when I was buying it. But no one did.”

Jillie was left shocked when she found out that the balloon payment needed at the end would be £6,900.

She said: “I’ve been onto both the finance company and the dealer and was told there was nothing wrong, that I’d signed the papers and agreed to everything.

“I said I had been told we couldn’t go through the actual paperwork due to Covid-19 and so I’d never actually seen it before signing. I was never even shown the screen at the time or anything.

“I feel like an idiot and I am kicking myself for not insisting on seeing it at the time, but I trusted them.

“I think I was misled and that they are using Covid-19 to make a sale. I didn’t think it was malicious or deliberate, I think they never told me and are now denying that no-one did.

“If I had known about the balloon payment, I would ‘ve walked out.”

Wessex Garages has since offered Jillie a different payment deal as well as an offer to buy the car back as a used vehicle.

She said: “They’ve made an offer of a five-year agreement at £260 a month at 5.9 per cent interest, but I can’t afford that.

“The only way I could afford to pay this would be at 0 per cent interest.

“I need the boot space in the car for my scooter, I need to be able to keep up with my kids.”

In a statement, a Wessex Garages spokesperson confirmed they are aware of the case and claim they “fully advised the customer” when trying to resolve the incident.

The spokesperson said:“We are aware of the issues the customer has raised and Wessex Garages has responded promptly and professionally at every stage.

“Whilst we are unable to comment on the specific details of this case, we have tried to offer alternatives and fully advised the customer of her options while trying to resolve the matter.

“Having investigated fully we are confident that there is no indication or miss selling, breach of regulations or policies.