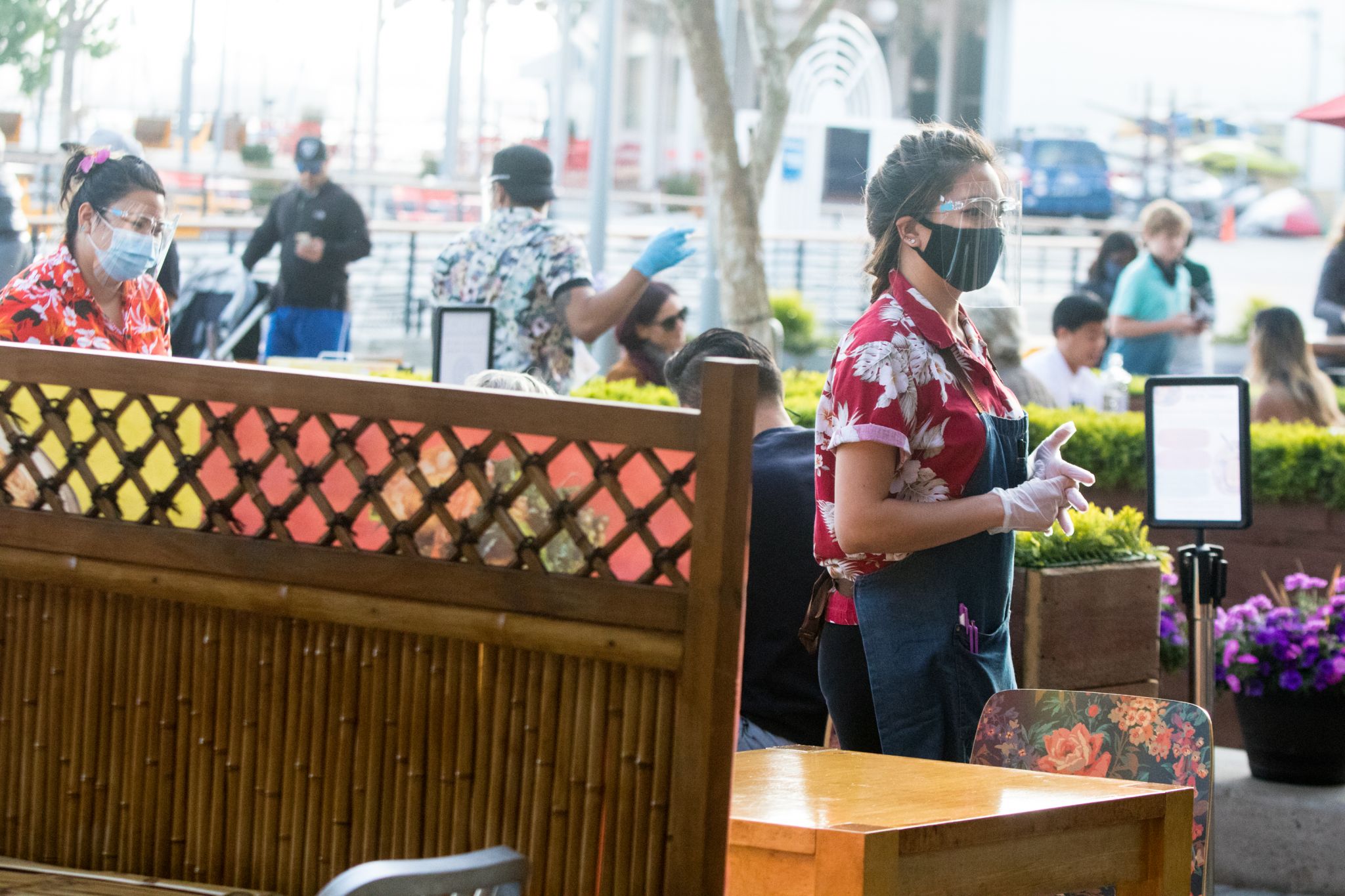 Multiple cities in Alameda County will continue to close streets to allow for expanded outdoor dining despite Alameda County’s announcement that a new state guidance requires the county to limit restaurants to takeout and delivery.

In a statement released late Friday night, Alameda County officials announced that the state now prohibits outdoor dining in counties that have not received a regional variance from state officials. Alameda County and Southern California’s Imperial County are the only two counties in the state that have not gone through the attestation process for a variance.

“While Alameda County’s Health Officer Order allowed for outdoor dining, under this stricter state guidance, all restaurants, wineries, and bars in Alameda County may only be open for drive-through or pick-up/delivery options,” the statement reads.

In response, officials in Hayward, Livermore, Pleasanton and Dublin announced plans to proceed with street closures aimed at creating more outdoor seating, and Oakland officials announced that while street closures will be halted, there will be no local enforcement of the state guidance. The cities noted that the Alameda County health order allowing outdoor dining on June 18 has yet to be formally rescinded or superseded with a new order.

“The closure of downtown streets this afternoon and evening to allow for expanded outdoor dining and encourage shopping has been planned and is being carried out in accordance with the current Alameda County Shelter-in-Place Order issued on June 18,” Hayward officials wrote in a statement released Saturday afternoon. “The City of Hayward intends to go through with the street closure event as planned and will support local restaurants who choose to participate — whether by providing outdoor dining service or just takeout service.”

Livermore City Manager Marc Roberts directly criticized the county’s announcement, stating, “While the press release is confusing and unhelpful, it is not a new Order. Nor has the State of California issued a new Order this evening. In addition, the guidance referred to at the State level is not an Order. So at this point there is not a valid State or County Order to shut down outdoor dining, and I am not going to independently issue a local Order. … In the absence of new Orders, we will proceed with our street closure.”

Officials in Dublin and Pleasanton issued similar statements and will continue to close streets to support outdoor dining.

The city of Oakland announced it is suspending street closures, but will not enforce the new state-mandated guidance. However, state officials may still take action, and the city warned restaurants accordingly.

“The State has chosen to issue orders to shut down businesses in other counties and may choose to do so for Alameda County,” city officials wrote in a statement released Saturday. “While the City’s enforcement has not changed, the State may enforce the ban on outdoor dining in Alameda County, including issuing citations. We share this information so business owners may make informed decisions on their daily operations.”

The city of Berkeley is under a separate health jurisdiction from Alameda County, and Mayor Jesse Arrequin tweeted, “While we are an independent health agency, until we get approval of seeking our own variance, we are under the strict guidance of the state. The stricter order is what must be complied, which means we have to close outdoor dining. We are hoping to change this.”

Alameda County plans to apply for a regional variance next week.

Sign up for ‘The Daily’ newsletter for the latest on coronavirus here.