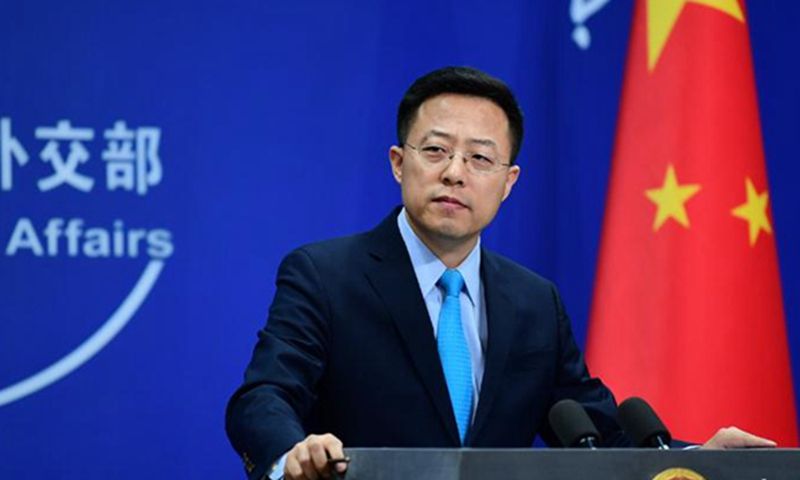 China demands respect for Venezuela’s democratic system and practices, as well as respect for the independent electoral round in which the Venezuelan people freely expressed their preference. This was said by Zhao Lijian, a spokesman for the Foreign Ministry in Beijing.

The Chinese diplomat made the remarks in response to a question about US Secretary of State Anthony Blinken’s remarks on Venezuela’s massive regional elections, in which 23 governors and 335 mayors were chosen.

The elections once again rewarded Chavismo: PSUV candidates won in 20 of the 23 states that make up Venezuela. The Socialists and the Allies also elected more than 205 mayors.

Zhao noted that the Chinese side has followed up on the situation in Venezuela, noting that the electoral process was stable and orderly, and was ratified by several international observer organizations, including a representative of the European Union.

Legian said it is an internal matter in Venezuela that the government and the people hold local elections in accordance with their constitution and law.

“This should not be the subject of deliberate accusations or blatant interference from outside powers,” a Beijing diplomat told a news conference.

Moreover, Zhao Lijian called on all countries of the world to “play a constructive role in the political solution to the problems of Venezuela, a country that participates in a national dialogue between political forces, promoted in a sovereign way by the government of President Nicolás Maduro Moros.”

Zhao Lijian noted that China has always adhered to the principle of non-interference in the internal affairs of other countries.

See also  Who escaped and who stayed? Padura narrates the surrender of Cuba

“We believe that the Venezuelan government and people are able to properly manage their internal national affairs,” the Chinese diplomat added.