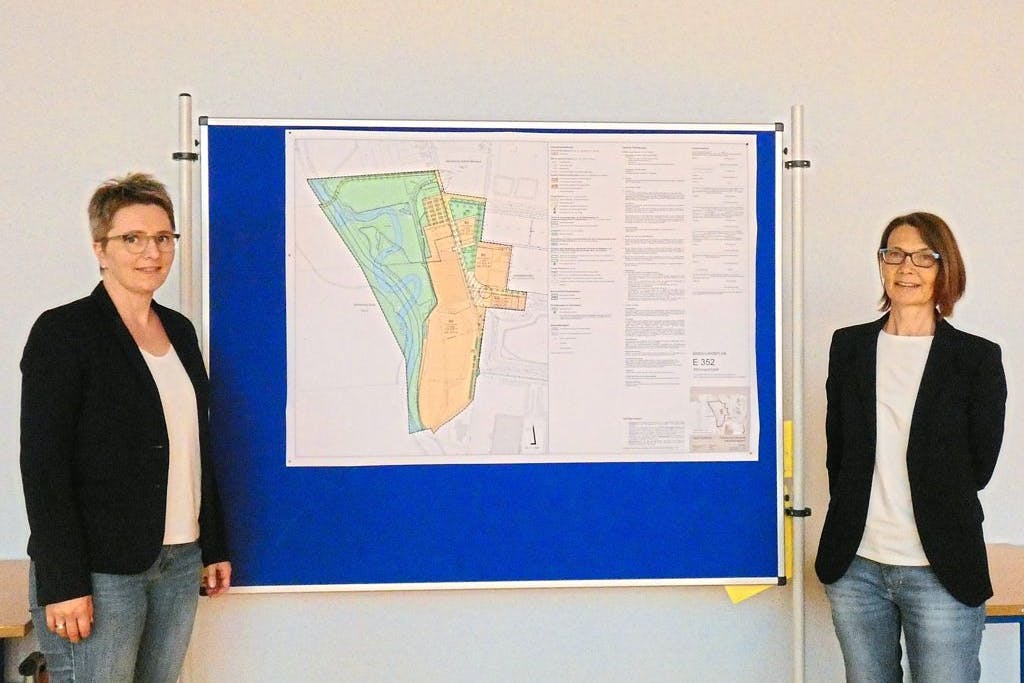 The area includes the existing Ahorn-Sportpark-Halle as well as the surrounding open spaces. On the park grounds, developed since 1984 and originally created by Heinz Nixdorf, existing capacities are currently insufficient due to the extensive use and promotion of first-class sports in the fields of baseball, squash and athletics. So the planned steps are to expand the existing gym to the north with a baseball hall as well as the strength and athletics rooms.

The parking spaces that have been replaced will be replaced by “parking pallets” in the existing parking spaces in the Eastern Province, and henceforth will form a mobility hub that will also include bicycle parking spaces and charging stations for e-cars. As part of the “Campus Concept”, it is also planned to build sports houses in order to be able to provide an overnight stay. It is not yet certain whether a hotel complex or a sports boarding school is more appropriate.

The concept also deals with the question of how to link existing facilities with new construction procedures. Portal relocation is being considered.

The concept of the campus also includes a reorganization of the traffic situation: accordingly, a circulation hammer will be built in the north, where the connection with Ahorn-Allee will disappear and a new trail will be built instead. Then, the old connection should only be available to bus traffic as well as cyclists and pedestrians. In addition, “semi-public sports activities” are planned to be held in the entrance area, which Renate Arens described in more detail with garden facilities and climbing walls. The green area in the immediate vicinity should serve as a focal point. The green areas should also connect Alme-Aue and existing SCP facilities. In addition, there is currently no connection to the bike path. Thus, the existing connection on the Ahorn-Allee will be extended in the direction of the Heinz-Nixdorf-Ring.

See also  The risk of COVID-19 increases by traveling abroad

Targets fall 2022 as a starting point

In parallel with the planning for the expansion of the sports park, preparations are being made for the rehabilitation of alpine pastures by the Water Society of Obere Lippe. Since the land use and development plan also takes into account parts of the landscape protection area on either side of the Alme-Aue, good coordination between the two projects is very important and given, according to Arens. Since the rehabilitation will take about a year to complete and construction projects at Ahorn Sports Park will begin only after that, fall 2022 is set to be the starting point. However, the date depends on how the individual procedural steps are run and the development plan accepted.

Concern among visitors to the media event was the connection of the planned course course in the direction of Ilsen, the necessity of which was questioned. Instead, disruption to both populations, plants, and animals is expected. However, the visitors present were satisfied with the general ideas and construction procedures of the sports park.

More data on planned construction actions, which can also be found in the Paderborn Land Use Planning portal, can be sent to the city administration in person or online as part of the first step for “early participation by the public and authorities” by 15 October.