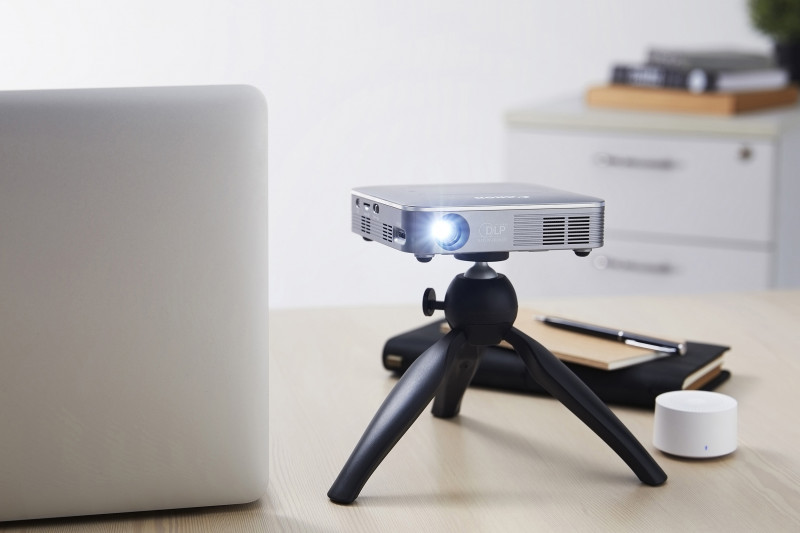 Jakarta (Antara) – The habit of watching entertainment on a smartphone while relaxing in the room can be maximized by bringing home the cinema atmosphere via a small wireless projector.

Canon launched the Canon MP250 Compact Portable Wireless Projector that can project images up to 93 inches from a distance of 3 metres.

The projector measures 12 x 12 x 3.3 cm and weighs 407 grams. It has an internal battery. In addition to enjoying entertainment such as watching your favorite movies or sports matches with friends or family members, this wireless projector can be used for business.

“Thanks to its compact size, the Canon MP250 projector is here to meet business needs with high portability so that it can be easily carried anywhere, without having to rely on projector equipment to be available in meeting spaces. Canon Business Unit Director Monica Aristiawan said, pt. Datascript, in official broadcast, Saturday.

This projector is powered by a 1.5GHz quad-core processor and 2GB SDRAM, so it runs smoothly when playing videos, even when playing 4K video formats, it runs smoothly. Canon MP250 is supported by Android 7.1.2 operating system, so you don’t have to connect to a computer first to view presentation files or play movies.

Users simply insert a flash disk via the USB port or Micro SD card slot. This projector also has an internal memory of 4GB that can be used to store videos, photos, and frequently used office documents such as Word, PowerPoint, and PDF files.

Users can operate this projector via a smart touchpad and a virtual keyboard that can be operated with two fingers (such as zoom and scroll) so that the projector can be quickly operated when accessing menus without using external input devices, such as keyboard and mouse.

However, users who want to use an external input can connect it directly via a USB or Bluetooth connection.

With a built-in 3100mAh rechargeable battery, this projector can be used for 2 hours with a brightness level of 250 lumens.

If users want to use this projector for a long time such as watching movies or long presentations, users can simply plug it into an AC adapter that can run for hours or use the USB charging feature to connect this projector to a power bank.

With the features of vertical keystone adjustment and automatic image rotation, this projector is easy and quick to operate. The MP250 projector has an internal mount that allows the projector to project images at an angle of up to 40 degrees on a flat table, while the integrated 1/4″ tripod gives the projector more flexibility, as does when adjusting the projector’s height for accurate images .

With the built-in web browser and Wi-Fi connection, users can play videos directly from the Internet using an Android smartphone or tablet by mirroring. Users can also share photos, videos, and other multimedia content directly from storage media, such as Google Drive. This Rp.6960,000 device also comes with 2.5W speakers, as well as connections for a 3.5mm stereo mini jack, an HDMI port, a USB 2.0 Type A port, and a Micro SD card slot.

Read also: It is a portable projector from 3M

Read also: ASO will be implemented in three phases starting next year