Microsoft Teams will soon work better on the cheapest devices 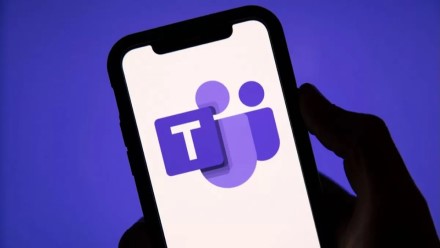 Microsoft, the leader in virtual and tangible technologies, is continuing to promote its video conferencing software, Microsoft Teams, by making it available on the maximum number of different devices. This will be achieved by creating an entirely new version of Teams, which is a progressive web app. PWA – Progressive web application) Using web-based tools such as HTML, CSS, and Java. As a result, the software will also be available for users who have very vulnerable computers or tablets.

Microsoft Teams currently has millions of users around the world due to the ongoing pandemic and teamwork from home. Some users who join conferences on weaker devices may experience disruptions due to the use of software resources, but the PWA-based version of Microsoft Teams promises to address these issues.

The new app will be based on Chromium-based Microsoft Edge WebView, so using Teams will be as easy as opening a new browser window. Other resource-intensive features, such as the menu bar or the music tool, will be hidden to ensure the program runs as smoothly as possible. This will please users of older and weaker devices, as well as those who are not interested in the additional features of the program.

Microsoft says the program is designed with the security of personal data in mind and will be constantly updated and very easy to install. The program will also start faster and support integration with Windows 10 features like messaging.

News of the “light” version of the program arrives shortly after Microsoft announces several new features of the regular Teams program. One of them is that only participants who are on the cameras will be shown on the main chat screen – participants who do not wish to attend will be able to participate in the conversation, but will not be displayed on the main conference screen.

READ  How to take a screenshot in Windows 10