Messel Pit: The oldest fossil snake has been discovered in the World Heritage 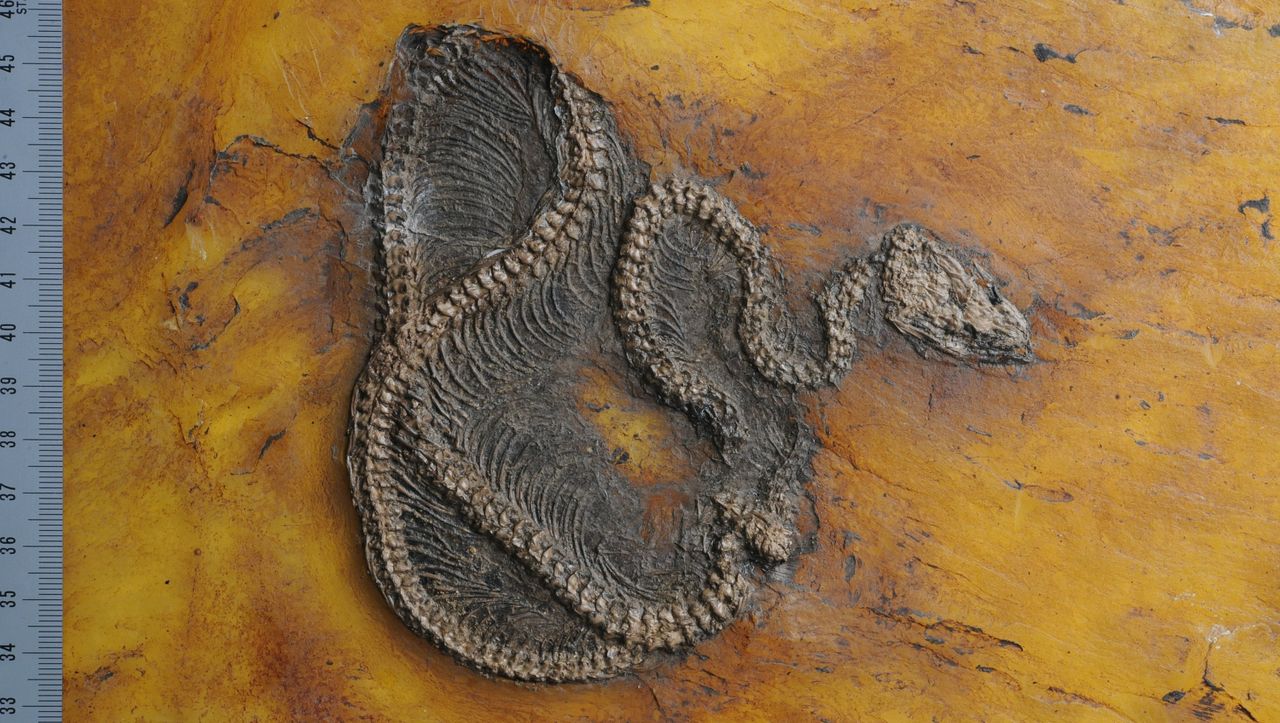 The Senckenberg Society said the discovery of nearly one-meter-long fossil skeletons that are almost entirely preserved indicates the origin of giant snakes in Europe. On wednesday with. With a length of up to six meters, snakes are among the largest in the world and live mainly in Africa, South and Southeast Asia and Australia.

Unlike today, the ancient snake lived together in an ecosystem with its very similar anatomically similar relatives, the Boa snakes. Therefore, the hypothesis that the two families of snakes compete with each other must be reconsidered.

“At the time of the Eocene, about 47 million years ago, these snakes were already present in Europe.” Our analyzes show that they evolved here as well, “said paleontologist Christer Smith in Frankfurt.

“A window into primitive times”

The new snake species “Messelopython freyi” is named after the place where it was found and paleontologist Eberhard Frey of the State Museum of Natural History in Karlsruhe. It is no coincidence that Frey has been called a “dino” and is known worldwide for his meticulous studies of fossil reptiles. The Senckenberg Society declared that the name was intended to honor his achievements in the field of paleontology.

Defined by the German UNESCO Committee as a “window into primitive times”, the Meissel Crater has been a World Heritage Site for 25 years. Finds compressed and preserved in shale show what the world looked like millions of years ago in the then equatorial region.

With tens of thousands of fossil discoveries, scientists can paint a relatively accurate picture of the living environment and climate at the time. Among other things, a primitive horse and lemur-like leader from the Eocene period was found here (a series of photographs of well-preserved fossils from Messil can be found here).