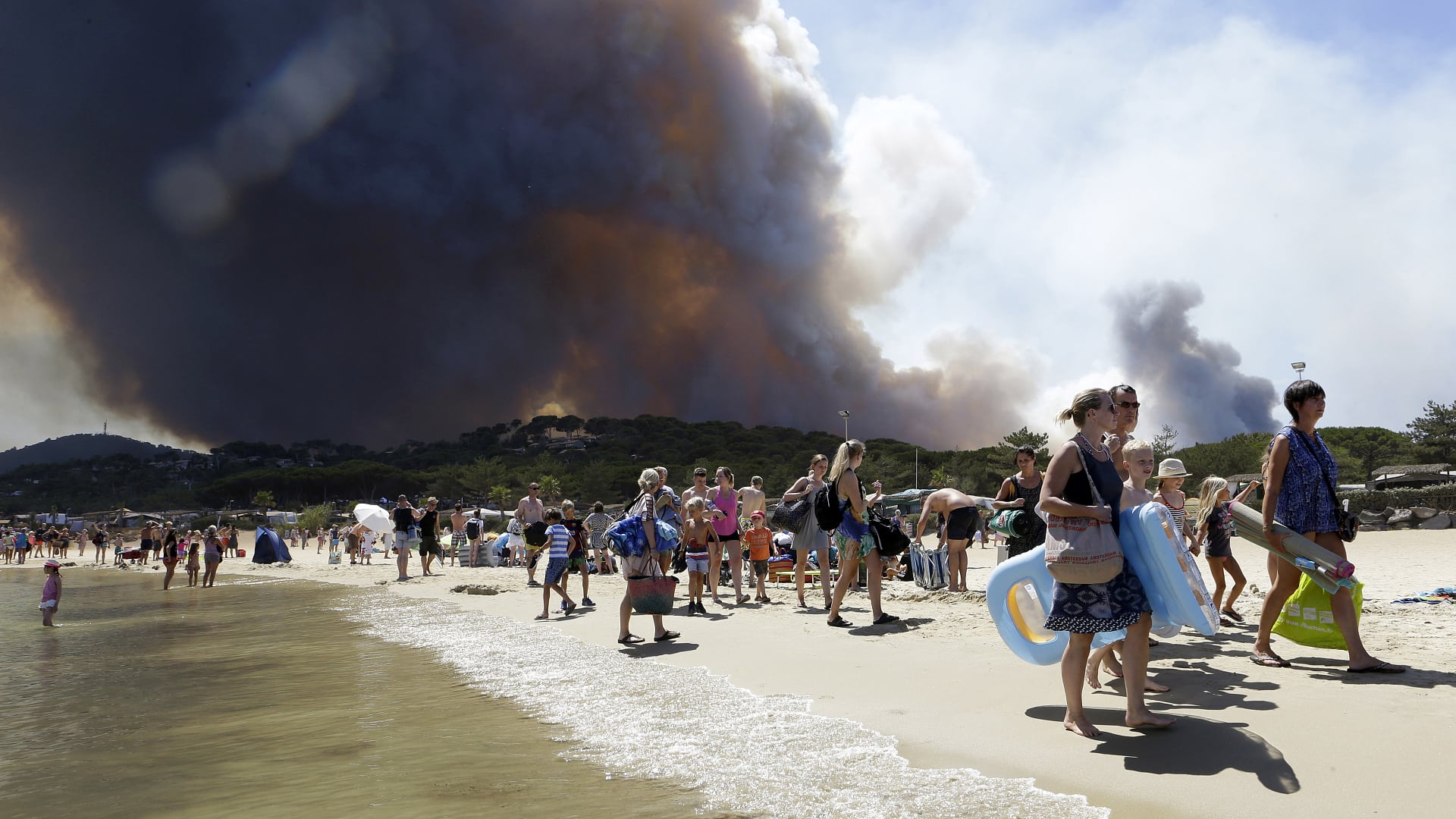 Heat and drought are partly dependent on each other. Not only does heat increase evaporation, on the contrary, after a while, the air and soil become too dry to be cooled by evaporation – and become hotter as a result. If there are also winds, conditions are ideal for devastating bushfires that can spread quickly and be difficult to put out.

What does climate change have to do with it?

The Mediterranean region is particularly vulnerable to climate change. Climate models predict that the region will warm more than the rest of the world – an effect known as Mediterranean amplification. This will also lead to That more and more forests and grasses burn during the dry summer months. The reason is higher temperatures and increased drought, both of which are closely related.

Worldwide, climate change has already increased the frequency of extreme heat waves. Analyzes indicate that this also applies to the Mediterranean region and that this trend could continue to be particularly significant in the region. The Intergovernmental Panel on Climate Change (IPCC) also reached this conclusion. Accordingly, up to 93 million people in the northern Mediterranean region could be affected by heat waves like the current one by 2050.

The high temperatures lead to fires in the area very directly. For example, analysis based on climate models comes to the conclusionTwo types of “fire weather” are more common in the Mediterranean. On the one hand, it affects heat waves such as those of recent weeks, which dry out the soil and vegetation cover especially quickly and thus increase the risk of fire. On the other hand, the task force describes a combination of persistent drought and high temperatures, which it describes as a “hot drought.” In general, heat-related “fire weather” will be more frequent from one-sixth to one-third over the next few decades, depending on the climate scenario.

In addition, there is an increased drought, which is more directly related to forest fires than to heat alone. In almost all climate models, the Mediterranean is one of the few regions where annual precipitation amounts do not increase with increasing temperatures, but decrease – And for years, the bills have shown that the trend is the strongest here. Show weather data from the past, The Mediterranean region has been drier since about the middle of the twentieth century.

However, drought is a more complex climatic phenomenon than heat, which is why it is not yet entirely clear what the overall effects of precipitation are on vegetation and fire. In accidental terms, fires are extremely rare in the driest regions of the world – because nothing grows there. In the Mediterranean Basin, for example, heavy rains in winter can exacerbate fires by feeding plants that then dry out in summer and serve as fuel. Experts also discuss Whether joint measures for drought under climate change conditions need to be modified.