Agreement with the USA, Ms. Huawei returns to China 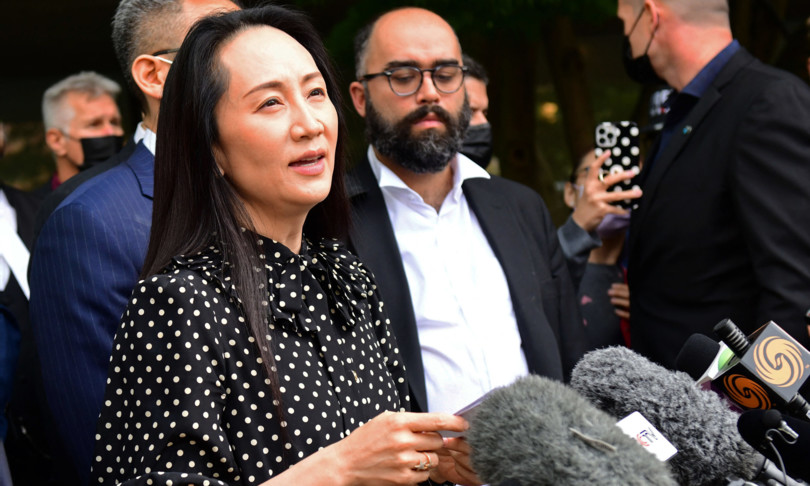 AGI – Lady Huawei is free and returns to China. Meng Wanzhou, the financial director of the Chinese giant, accused of bank fraud, She was released from Canada after an agreement reached with the US Department of Justice suspended charges against her Ending three years of legal and diplomatic saga between Beijing, Washington and Ottawa.

The daughter of the founder of Huawei, who has been under house arrest in Vancouver since late 2018, returned to freedom and escaped extradition to the United States, which wanted her to be tried. In fact, a Vancouver District Court judge declared the extradition case closed.

“In the past three years, my life has been turned upside down,” said Meng.

The deal with the United States

The US Department of Justice announced that it has reached an agreement with Meng Wanzhou for the provisional suspension of the fraud charges, which will fall on December 1, 2022 if the agreement is respected.
The woman accepted a statement regarding the facts of the case but did not plead guilty.

Meng Wanzhou, 49, the daughter of the founder of Huawei, He was arrested on December 1, 2018 at Vancouver Airport at Washington’s request, who wanted to try her for various crimes including bank fraud. The woman has always denied the accusations and has pleaded “not guilty”.

According to the Department of Justice, Meng admitted, under the terms of the agreement, that he made “false statements” and “withheld the truth” from the then-CEO of HSBC about “Huawei’s activities in Iran,” a country under the control of the United States. and international sanctions.

Since 2018, the Chinese government has believed that the US administration – under President Donald Trump – was primarily seeking to weaken Huawei., a leading Chinese company and a global leader in 5G equipment and networks. Reports from Canadian television said the woman boarded a flight to Shenzhen shortly after her release.

After the release of Lady Huawei, Canadian Prime Minister Justin Trudeau announced that Canadian citizens detained in China, Michael Kovrig and Michael Spavor, have also been released, en route to Canada.. The release came after the US Justice Department suspended charges against Meng Wanzhou, ending a three-year legal and diplomatic saga between Beijing, Washington and Ottawa.

“Twelve minutes ago, Michael Kovrig and Michael Spavor left Chinese airspace and are on their way home,” Trudeau told a news conference.

He added, “These two men have been through a harrowing ordeal for over 1,000 days. They have demonstrated determination, grace and resilience at every step and are an inspiration to all of us.” “Since this is an ongoing process, I cannot share the details,” he told reporters.

Former diplomat Michael Kovrig and businessman Michael Spavor were arrested in December 2018 in China on suspicion of espionage., causing an unprecedented diplomatic crisis between Ottawa and Beijing. Canada considered their detention a retaliatory measure after the arrest of the daughter of the founder of Huawei, at the request of the United States.