“Luna Park, Netflix, and the fear of not being able to show up” 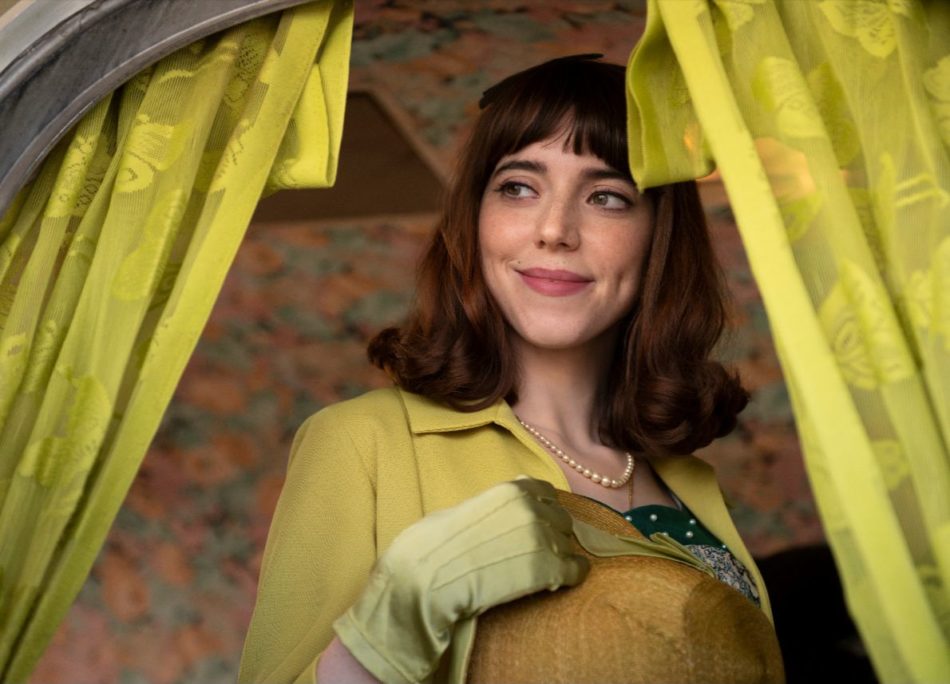 I know Leah GrecoWith big, clear eyes, she chose to listen to the voice of the world, that hum that claimed to decide which signs should belong and to whom, she would today accept to be a dancer. “When I was nine, I entered the opera house in Rome. From there, to the National Academy of Dance, where I graduated at twenty-one,” says the actress, who Netflix wanted to star in. Luna ParkAvailable on the platform as of September 30th. “After graduation, I started feeling kind of uncomfortable.” A vague and generalized malaise: “A feeling that seemed to be telling me, ‘This is not your place’.” “I moved to Belgium, I needed to put a physical distance between myself and the identity I made for myself. When I came back to Italy, I was due to enroll in the acting school, Volunte. I was a waitress to pay for my courses, and my parents weren’t very happy with the ending I decided to offer yet. Years of sacrifices.” He laughs, and there is no grudge against the family’s initial misunderstanding. “I had only one fear: not being able to make my voice heard among so many. We aspiring actors are too many. I was wondering if I would be able to get out.” The answer came. With the important first role, at the end of the acting process that Grieco identifies as “eternal”: Rosa Gabrielli in the new Netflix original production.

With Luna ParkIs this fear gone?
«This, yes, but others have arrived. Now, my biggest fear is being consistent with what I want to be.”

And what do you want to be?
“I can’t explain it in words. It’s a kind of realization. I know, and I know for sure, that I like to be versatile: I’d hate to be trapped in one role or one context. The most unusual thing about acting is the possibility of living a thousand lives, with the same intensity. that would be preserved in real life.”

Is there no imprisonment for roles or genders?
“Nobody”.

However, among the actors, many reject the fiction because it is “regional”.
“I don’t think I’m in a position to reject anything. I’ve started now and before I say something I don’t like or don’t suit me, time has to pass. I have to try. Especially since I don’t think it’s easy to generalize: there are good films and bad ones, Good series and bad series, novels of value and others that have less.”

Do you also dream, like Netflix’s Gigi Gabrielli, of being very famous? Hollywood?
“I dream of being able to do something that makes my career beautiful. It doesn’t matter where. Of course, I would like to have experience abroad, which I think will enrich me from a professional point of view so much that it will give me the opportunity to deal with another production system. But I have no obsession with going so far to do something beautiful.”

So, Italian cinema and the series did not end as some say …
“No, quite the opposite. I think the new platforms have played a fundamental role in this sense, and we – the young people – have more opportunities to introduce ourselves abroad than in the 1960s, years Luna Park and Cinecittà.”

difficult statement.
“But it is. Once upon a time, someone who was a true icon arrived in America, abroad. They were few, very good, beautiful, very famous. Today, with the flow, it is easier to enter the system of international recognition.” Luna Park It can be seen everywhere.”

And by anyone, including those who really lived through the 1960s. What responsibility did you feel in re-creating such an iconic era?
“I declare that the actress’s performance of a character from a bygone era is a wonderful opportunity: the possibility to experience what one did not know. Certainly, there is a responsibility in terms of the credibility of the experience to be reported. We need to do complex work so as not to fall into clichés, so as not to give shape to something fake.”

And you, with Rosa Gabrielli, how do you manage it?
“I have seen a lot of films that can bring me closer to the 60s. I wanted to understand and understand his style, demeanor and composure. I wanted to make my way in that era.”

What films did you choose?
«I knew her well by Pietrangeli, where Stefania Sandrelli manages to convey the taste of time well, to explain the social context in detail. Then, poor but beautiful by Dino Risi. Finally, I would like to say the life is Nice, but it seems so ordinary (laughs, so) ».

The end result, Rosa Gabrielli, is a complex character, but at first she seems very superficial.
“It was also my first impression. When I read the scripts, I wondered and wondered how I could give the character complexity and depth. Then, after that, I realized that Rosa is just a frivolous and frivolous being ».

What lies behind the appearance?
Distrust of clichés, courage, and stubbornness. The Gabrielli family lives in a very remarkable way in contrast to the sixties: the great desire to live and social problems. Rosa lives off the charts, trusts others, and does not look at the mask, but at the person. It sounds stereotypical, but she is the first to want to eliminate these stereotypes.”

As an actress, have you experienced what you saw in Rosa, the stereotype, the prejudice?
“When I decided to change my job, I’m no longer a dancer but an actress, people looked at me wrong. It was hard for them to see me in another job. But in the end, it doesn’t matter. Being an actress is only a small part of me: work is very important, it satisfies and gives something To live in, but it is not life. Besides, there are friendships, love, family, whims.’

The things that seem to be telling on the Internet. How do you manage social networks?
“I try to filter spontaneity with good taste and not be too fleeting. There are special moments that I like to keep to myself. I don’t like the idea of ​​trying them with a cell phone in hand.”

And also because in his case and in the case of Fulminacci, who stood by him for four years, the problem of notoriety is double.
“Yes, but we both choose. We don’t hide, it wouldn’t make sense and I still don’t feel like I have an audience big enough to be an intervention. Let’s measure together what we think is right. In general I love social networks. I find it a very useful and instant tool for communication with people. They have their share of savage malice in them, but I advise only haters to find a hobby and direct their energy elsewhere.”

Not an easy task between the epidemic and the lockdown, a period for which it turned out to be favorable.
“I had my first significant role, Rosa Gabrielli. It wasn’t easy to shoot under certain conditions, but the period carried me with an extra sense of responsibility. Seeing so much fragility, feeling scared, realizing how many people can’t work motivated me to do my best.”

Has it changed you as a professional?
“I really started with the epidemic, and I don’t know who and how I would have otherwise. Certainly, this period sharpened my desire for perfection: I am a very demanding, very picky and critical person. So, across the board, I think the desire to do better arose. When you feel that time is running out, you realize how precious what you have.”

What will happen next Luna Park?
“Something, but what I can’t say. I have two projects in progress that I can’t talk about yet. Then on October 5 my theatrical performance will begin.”