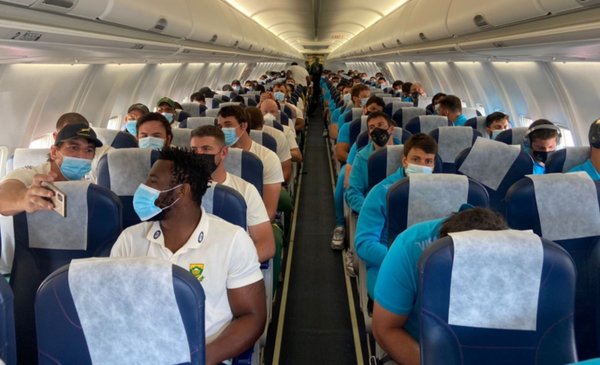 The Argentine rugby team traveled to Queensland (Australia) on Thursday, Where the rugby tournament will continue to be played.

Puma is close to finishing a week of training in South Africa, Where he played his first two matches in the Southern Hemisphere Championship. And where he had to wait to determine the continuity of the tournament.

Curiosity about the trip the Albiceleste staff took this afternoon was that they shared it, the lane in the middle, with the Springboks. Both teams will have to comply with the quarantine period upon arrival on Australian soil, as the tournament will end in the coastal city of Gold Coast.

The decision that led to a rethink of the tournament.

Argentina’s next game will be against New Zealand on Sunday 12th September at the CBUS Superstadium. Put up a confirmation of the schedule, as in the case of the South Africa-Australia match, scheduled for the same day.

Before traveling, Los Pumas was concentrated in a city now called Gqeberha. It is the well-known Port Elizabeth that changed its name as of February 21.

Three matches have been played so far: two victories for South Africa over Los Pumas and one for New Zealand over Australia.