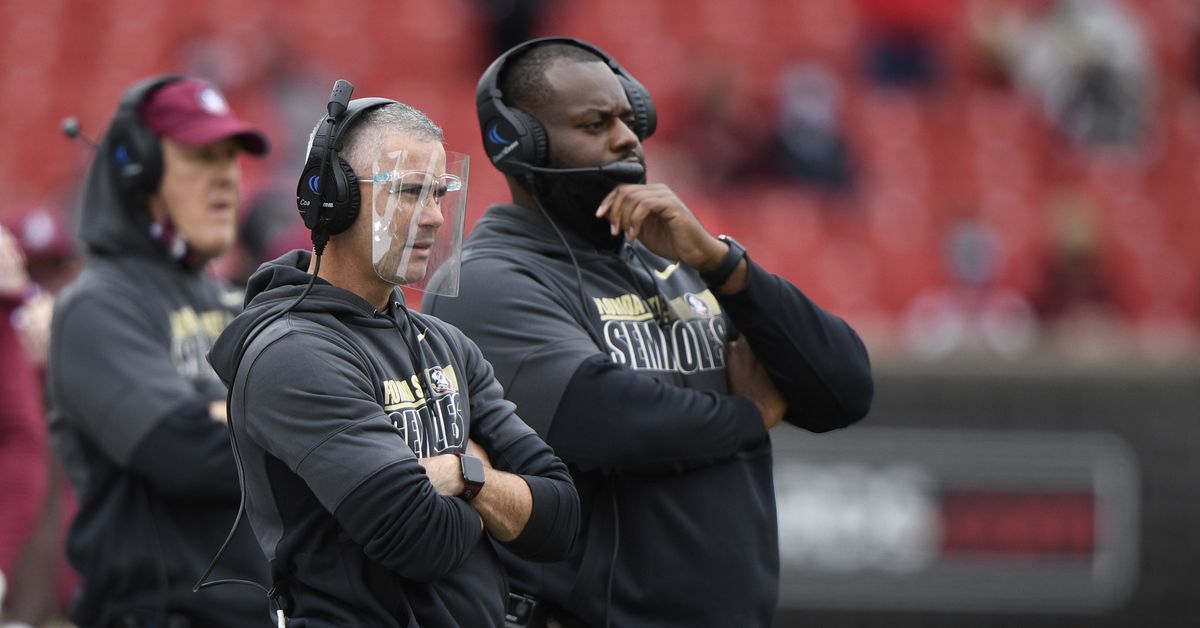 Soccer in Florida has fallen to 2-4 today, as that Louisville Cardinals She totally beat them up for 60 minutes of soccer. After their big win over North Carolina, the Noles dropped 48-16, their second loss of more than 30 points in the season. FSU fell due to sanctions, missed interventions, and passes fell. All the self-inflicted wounds that Norville confirmed this week. Until those are tied down on a consistent basis, the ‘Noles’ will struggle.

Here’s what the coach said after the match:

In defense: “Defensively, he abandoned a lot of explosives. A couple of plays in Man-to-Man cover. I did little to slow it down today.”

“Everyone should make sure that we communicate and play as one unit. When you get the opportunity to do theater performances, start the play.”

On mistakes and growing pains: “We have a lot of work to do within our program, and we need to keep learning from these lessons.”

“The same things that came out early in the season are still emerging, so we have to re-evaluate how we maintain that benchmark.”

“You won’t be successful if these things keep popping up.”

On Jordan Travis: “Jordan has been a little upset this past week. He did a good job training and working through it. We want him to be smart, get what he can get, and maintain his ability to make games.”

In Chubba Purdy: “Jordan was a bit troubled and wanted to have a chance for Chubba after his release this week. I think it’s a great learning experience for him.”

On James Blackman and Ron Douggans: “These two people didn’t make the trip because of illness.”

On the future: “I want to see growth. I want to see the lessons that I learned apply. There will be errors that will appear. Right now, we have to make sure that we are playing the game that is supposed to be played.”