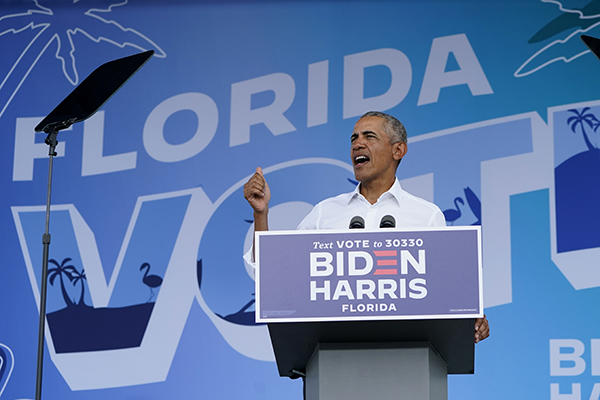 Guest of Barack Obama in “Che tempo che fa”. Fabio Fazio announced it on Twitter in light of the episode that will be broadcast on Sunday, February 7, 2021, on Al-Rai Channel 3. The host wrote on social media, “Thank you, Mr. President.” Formerly the number one White House (whose book “Promised Land” was published in November) is the last great international guest of the season: from George Clooney to Jane Fonda through Susan Sarandon and Greta Thunberg and virologist Anthony S. Fauci.

Sunday, February 7, the 44th President of the United States @Barack Obama a Embed a Tweet.
Thank you, Mr. President !!! pic.twitter.com/yEm73Oqkcg

We wait for you on Sunday from 20.00 Embed a TweetFor this special episode of #CTCF With the exclusive TV interview in Italy by Embed a Tweet To the forty-fourth President of the United States, @Barack Obama. https://t.co/7zW7pGBqVy pic.twitter.com/QaeWM8ni3A