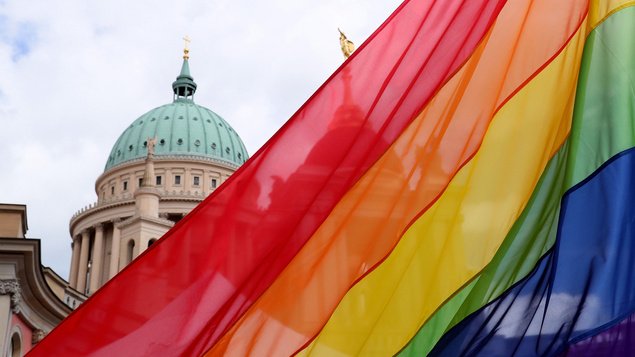 Potsdam – Self-help, advice and support: In order to better support transgender people, the Ministry of Social Affairs in Brandenburg is funding a network meeting of representatives from the scene with €10,000. The Brandenburg Department of Social Affairs announced on Sunday that the aim of the meeting is to ensure the most targeted self-help, advice and support in the state and expand it as needed. The money comes from lottery boxes.

The Ministry used the term “trans*” for the network meeting. It represents people whose gender identity does not correspond to the gender assigned to them at birth, whose gender perception is not grounded within a binary arrangement between woman and man (non-binary) or who do not want to assign a clear gender (male, female, diverse).

In the past few years, she said, there has been a particularly great need for counseling in the area of ​​children and young adults. Therefore, a self-help group for young people with money will be created. According to Social Affairs Minister Ursula Nunnmacher (Green Party), “it is a matter close to her heart” that children and young people in Brandenburg in particular can be brought up without discrimination. “By promoting counseling and self-help, we reduce bias and ignorance in the population.”

Questions regarding the social, physical or legal suitability of gender identity expression also require good professional advice. So far, there has been a lack of advisory structures and protected areas in Brandenburg – especially in rural areas.

With the project, the structures are now specifically strengthened in order to support people who feel they belong to a gender other than the gender assigned to them at birth, Nonnemacher says. The sponsor of the project is the Katte Association for Outreach and Consultation – the local working group of Tolerantes Brandenburg.

After the weekend Already thousands of people in Berlin at Christopher Street demonstrations CSD groups in Brandenburg were also involved in planning several campaigns over the summer to draw attention to the concerns of the queer minority and to fight for greater acceptance and tolerance. Even plans “Rainbow Potsdam” group, is an association for gay people in the capital of the state of Brandenburg Rainbow bike show on Saturday 10th July in the city. for him September 12 at 1 pm there is a CSD demonstration announced to follow Orange day for the first time from 3pm. Street festival, CSD dinner and cultural performances.

Early in 2019, gay activist Petra Wetzel criticized the insufficient counseling and support for transgender people in Brandenburg: despite the existence of “gay self-help shows and groups in the LGBTQ field, LGBTIQ in short,” said Weitzel is the association’s first female president. German for transcendentalism and hermaphrodite. “But in Brandenburg, supply can be controlled.” Moreover, therapeutic and medical offerings are very few and far between. Often long distances must be accepted. “This means an insurmountable barrier for people in transition and on low incomes,” Wetzel said.