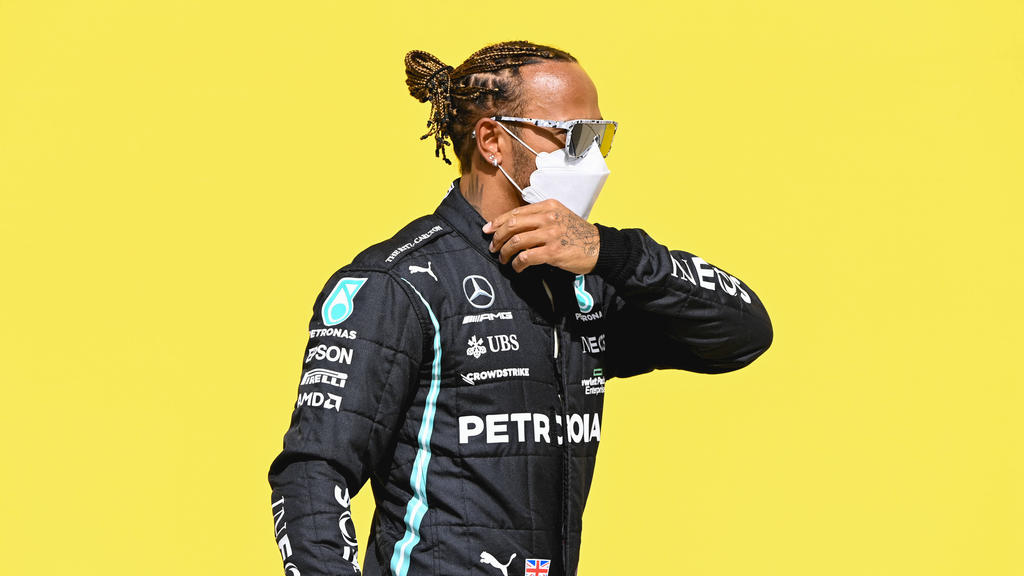 Since Lewis Hamilton accused Formula 1 of greed for money (“Cash is King”) in the 2020 Australian Grand Prix that was later canceled at the Grand Stage of the FIA ​​press conference, the seven-time world champion has been known to be one of the few sports stars. Those who have the courage to express themselves on uncomfortable topics. This happened again in the run-up to the opening match of the 2021 season in Bahrain.

In 2020, when Formula 1 held a weekend race in Bahrain for the last time, Hamilton received messages from three torture victims.

When asked about it at a press conference at the time, he evaded the topic on the grounds that he had very little information. Initially, this was viewed by many as a transformational maneuver.

But journalists don’t forget, so Hamilton was asked again on Thursday before the 2021 season opens if he has time to deal with the matter. Instead of responding again with an evasive answer, which was perhaps the easiest method, this time he found the words clear.

The messages bothered him deeply, says the 36-year-old (“The first time I have received such messages”), which is why he has not remained inactive: “In the past few months, I have tried to deal with this topic because in all the years we have come Up to here, I was not aware of all the details of potential human rights violations. “

“So I spent time talking to a human rights lawyer, talking to human rights organizations like Amnesty, and I met the British ambassador here in Bahrain and also with representatives from Bahrain itself.”

Lewis Hamilton: The talks should be kept confidential.

For the time being, these steps have been taken privately, and I believe that is the correct way forward, and therefore I would not like to say much that could jeopardize progress on this issue. “Yes, that’s where we are right now, and I’m definitely determined to help wherever I can,” said Hamilton.

This was preceded by a March 24th letter from the Bahrain Institute for Law and Democracy (BIRD) to Formula 1 CEO Stefano Dominicali, FIA President Jean Todt and the ten Formula 1 teams (as well as 61 British parliamentarians and 24 human rights organizations.), In which Formula 1 is required to start An investigation into human rights violations in Bahrain.

Formula 1 takes such issues seriously, writes Dominicali in his answer to BIRD Director Ahmed Al-Wadaei, available on “Motorsport-Total.com”, but we think that it is not the correct way to exclude countries from the sport and that that communication is much better than isolating someone “.

Domenicali notes that Formula 1 has made it clear to all of its partners (including the governments in which it leads) that human rights violations are “taken seriously” without specifying what that actually means. “Our human rights policy is very clear,” the Italian asserts.

But he rejects BIRD’s request for an investigation by Formula 1: “Formula 1 is not a cross-border investigative organization. We are sporting rights holders. […]. Unlike governments and other organizations, we are not able to take the measures that I have asked for, so it does not seem appropriate for me to pretend we can. “

An answer Al-Wadaei does not leave without comment: “We simply do not accept that a million-dollar business such as Formula 1 does not have the resources and capacity to conduct such an investigation. Formula 1 must take its stand on urgently rethinking the matter.”

While Formula 1 simply rejected the cause of human rights activists in Bahrain, Al-Wadaei openly praises Hamilton’s commitment: “It is encouraging that Lewis Hamilton is committed to the fight for human rights regardless. Unlike Formula 1, Sir Lewis makes clear that sport can be a powerful driver of change. If only you take a clear stand. “

Understandably, Hamilton does not want to go down the path of direct confrontation with Dominicali. Finding the right words, on the one hand to disdain Liberty Media’s rights holders and the royal family in Bahrain, and thus jeopardize diplomatic advances, on the other hand, showing a clear advantage isn’t easy for him – but it worked well.

“It is not in my power to decide where to do our races and where not to do so. However […] We have a responsibility and I don’t think human rights should be a political issue. We all deserve equal rights. Is it a Formula 1 task now to deal with? It is not my place to judge that. “

“I think we come to many places with this sport, we visit many wonderful countries and cultures, and of course there are problems all over the world,” he says – and he takes a clear stance when he says, “I think it doesn’t mean that we should go to these countries and ignore what It happens there, we have a good time there and then we go. “

Regardless of the human rights issue in Bahrain, Hamilton also announced that it will continue to kneel on the net against racism before Sunday’s races. The Mercedes driver started this initiative in 2020 and has convinced many of his fellow drivers to join him.

“The reason for this is very simple,” he explains. “When children see us kneel, they will ask their parents or teachers why F1 drivers do this. This leads to uncomfortable conversations, because it means that parents have to know more about the topic and that children learn in this way as well.”

Hamilton, who was recently knighted for his social commitment and thus officially Sir Lewis Hamilton in his British homeland, does not intend to abandon such issues: a long time. I’m sure about that “.