Leslie Knight, from students to Australia and Finland via podcast 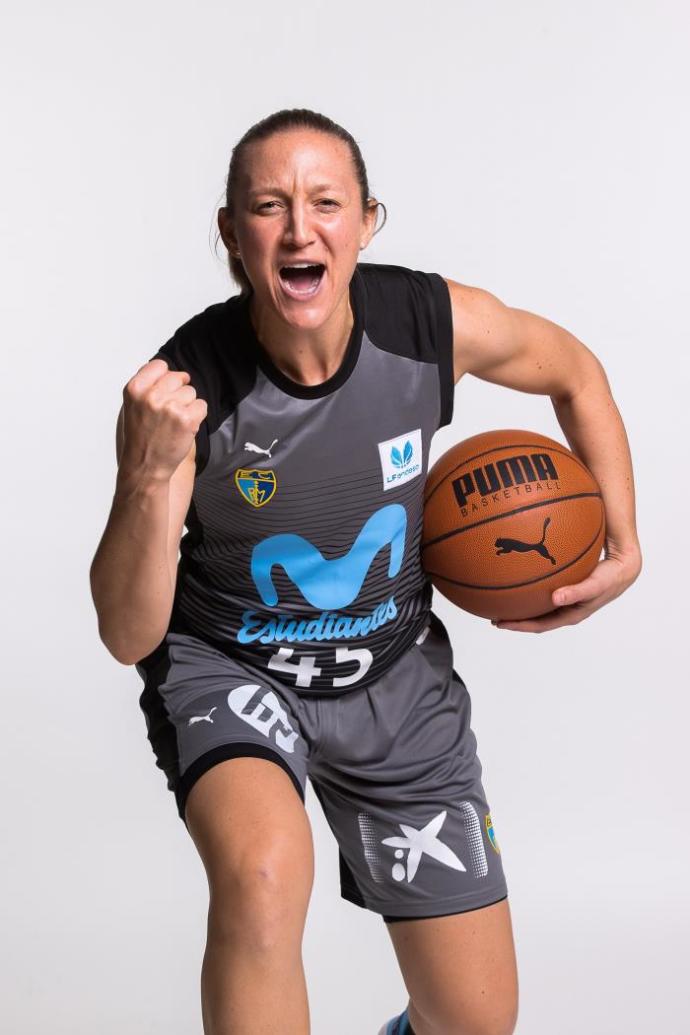 Madrid, October 1 (EFE). – From Ramiro de Maeztu in Madrid to Alaska, Finland or Australia, the voice of America’s Movistar Estudiantes player Leslie Knight, who competes in the Endesa Women’s Basketball League while directing a podcast, an audio entertainment format and a global trend joined by many US athletes, But not so much in Spain.

Kevin Durant, Terence Ross, CJ McCollum, Shaquille O’Neal or Charles Barkley are players or former NBA players who have published podcasts in this format, telling about their basketball experiences, but also talking about other sports, culture, or interests.

“It’s true that there are quite a few athletes who have their own podcast. I don’t know if the goal is to expand their name or their brand, or because there are a lot of athletes and some of them probably like it. They started more in the States, I was here before A few years ago people asked if they listened to podcasts and didn’t know what he was talking about,” explains Leslie Knight in an interview with EFE.

The center was from Minnesota (US) before the Micro three years ago, when it launched “Another Season in the Books,” which can be translated as “Another season is over,” a chat program with athletes and coaches in which an episode alternates in English and Spanish, with more than 70 episodes.

Colleagues from the student team and from other teams from the women’s league, as well as from the men’s division, such as France’s Edwin Jackson, recent college athletic director Hernan “Pancho” Jacin or athlete Chima Martinez have passed through Knight’s space, who he asserts do so because he has a “real interest”. Interviewing other athletes and their motivations.

Some of these conversations have come a long way. “On the platform I’m using, you can see where people listening to you come from, and I’ve seen them do it from Alaska, Finland, Australia, the United States, South America…I’m really excited,” Knight says.

Later, one of them offered to record it in a studio and broadcast it on the LGN radio station in Leganes (Madrid), but the time they offered was less than the duration of their talks. Neither short nor lazy, Knight opened a second space with “Duck in a rock,” a 20-minute talk show whose title refers to a children’s game that is said to have inspired James Naismith to invent modern basketball.

At the moment, student podcasts don’t even come close to the marks. “Maybe I should focus on doing something like this, because in the other podcasts I listen to there’s always a hype moment and I just started it as a hobby,” says Knight, who she “absolutely” would like to dedicate to when her sports career is over. “I missed a commercial,” he jokes.

The female student team – known as “Women in Black” because of the black equipment that usually alternates with the entity’s traditional blue color – became the first team by institution category last season in Madrid, which boasted one of the biggest teams. European basketball quarries with thousands of players.

“Yes, but at the same time the fans expect a lot from the boys, because they are among the favorites for promotion to ACB,” answers Knight, who knows it will be difficult to repeat the great last season that the team said. The fifth-place players did in the regular stage and qualified for the European Cup. “We are no longer a surprise, the competitors are looking at us with different eyes,” he admits.

In this challenging season, their stress and almost mandatory promotion, Estudiantes has a new ally: German brand Puma, which is making a comeback to basketball in Spain by dressing up schoolchildren. “It surprised me,” says the interior designer, “because I connected them more with football. I think it’s a step forward to have such a well-known brand.”

On Sunday, they will fight the third day of the Endesa Women’s League against Tenerife at an extraordinary venue: the WiZink Centre, one of the most important venues in the capital, where about 5,000 spectators will be able to see them slightly. Less than half the capacity of the multi-purpose wing.

Leslie Knight, who will continue to combine parquet with sound through the podcast, concluded and took his voice even further.