Kilauea volcano erupted in Hawaii, then the earthquake struck the area 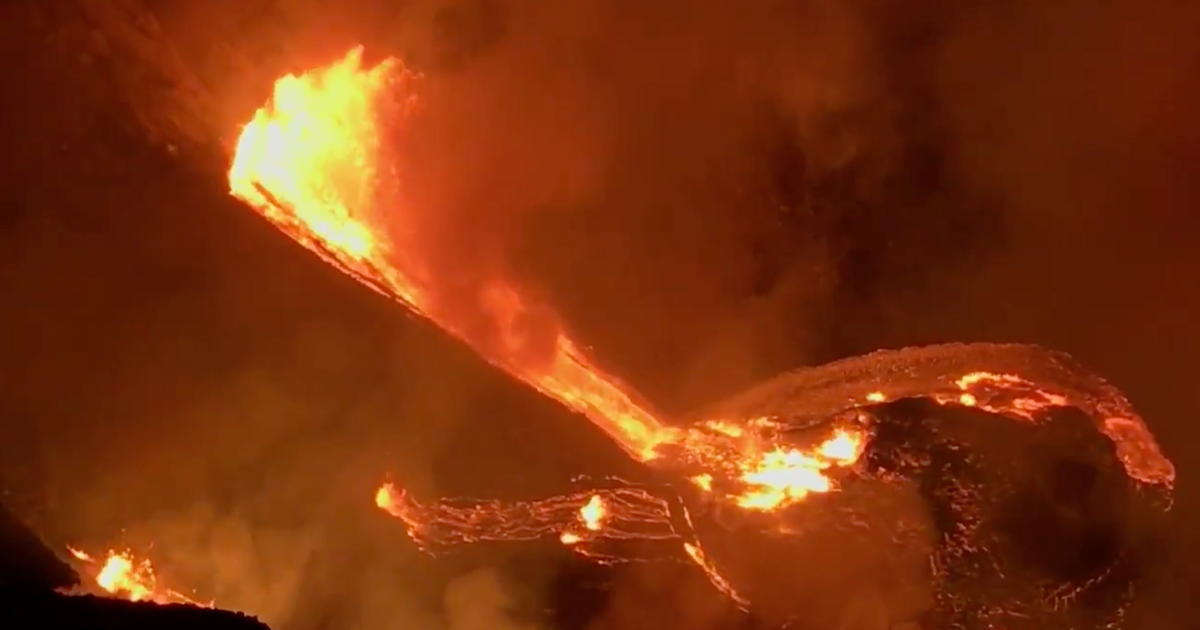 Honolulu, Hawaii – The U.S. Geological Survey said Kilauea volcano on the Big Island of Hawaii erupted about an hour before an earthquake struck the area. The eruption began late Sunday inside Halema’uma’u Crater, which is located within Hawaii Volcanoes National Park.

A 4.4-magnitude earthquake struck about an hour after the volcano’s eruption began.

By 1 am, US Geological Survey officials CBS affiliate KGMB-TV said Lava fountains have been reported shooting about 165 feet into the sky and feeding a growing lava lake inside the crater that was used to hold water.

In addition to changing the volcano alert level, the US Geological Survey has also changed the color of the flight icon to “red” – a warning for pilots to avoid the area, the station reported.

Pictures of the eruption posted to the national park’s confirmed social media accounts at around 10 p.m. showed a bright orange glow as thick smoke rose in the sky.

David Phillips, a spokesman for the Hawaii Volcanoes Observatory, said the agency was monitoring the situation.

“We will be sending more notifications about Kilauea and other Hawaiian volcanoes as we watch for changes,” he said.

The news is trending further

The US Geological Survey said it had received more than 500 reports of people who felt the earthquake but no significant damage to buildings or structures was expected.

The National Weather Service in Honolulu issued an alert warning of ash falling from the volcano. She added that excessive exposure to ash causes eye and respiratory irritation. The agency said later that the eruption began to recede and that a “low-level steam cloud” remained in the area.

The Kilauea eruption in 2018, destroying more than 700 homes and spewing out enough lava to fill 320,000 Olympic-sized swimming pools. An area of ​​more than half of Manhattan has been buried in up to 80 feet (24 meters) of now solidified lava. The lava flowed over the course of four months.