Kerry: The climate crisis The Pope’s vote is more important than ever 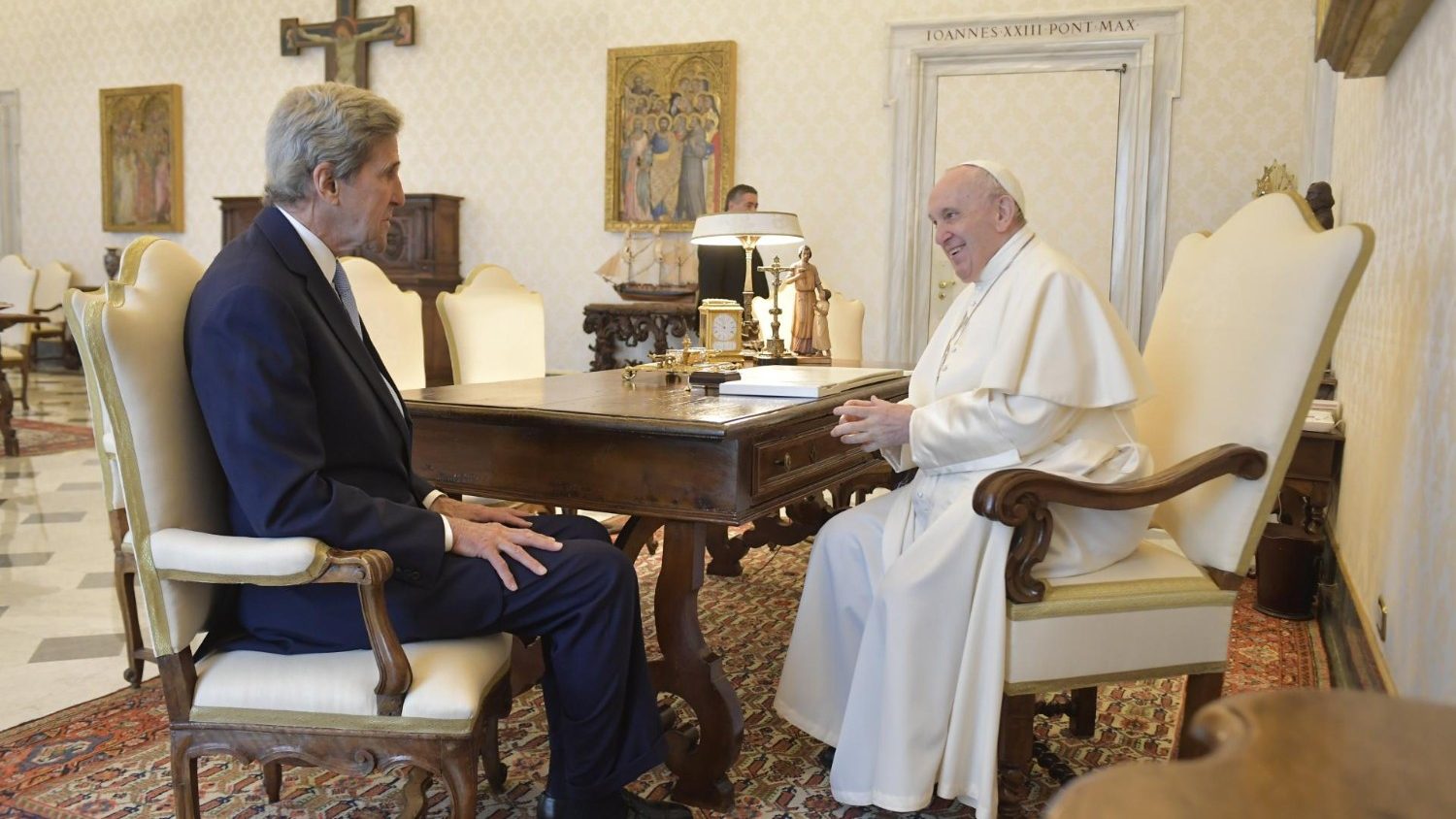 After meeting with Francis in the Vatican, in this interview with Vatican News, the United States President’s Special Envoy for Climate Affairs talks about the challenges of humanity in the face of the current climate emergency.

“The Pope is one of the greatest voices of reason and a convincing moral authority on the issue of the climate crisis” and his voice today is “more important than ever” in the face of the environmental emergency afflicting the planet: this is what John said. Forbes Kerry, Special Envoy of the President of the United States for Climate Affairs, said, In an interview with Vatican News, immediately after his meeting this morning in the Vatican with Francis.

You are here to speak with European leaders about the climate crisis. Why was it important for you to include a visit with the Pope on this trip to Europe?

The Pope is one of the greatest voices of reason and convincing moral authority on the topic of the climate crisis. He was a pioneer, anticipating the era. His general message Praised and praised It is indeed a very powerful, eloquent, and very convincing document from an ethical point of view. And I think it will be a very important voice that will accompany us all the way to the Glasgow conference, which I think he intends to participate in. We need everyone in this fight. All world leaders must unite and every nation must do its part. And I believe that the Holy Father speaks with a unique moral authority.

Pope Francis spoke of the importance of bringing everyone to the dialogue table in order to reach a consensus on concrete actions. There are very different interests at stake: There are economically strong countries – like the United States – but there are also developing countries that still have a stake in this. In practical terms, how do you start a dialogue? And what is the United States willing to do in terms of supply as well as demand in other countries?

You are right. There are differences between countries, between what they can do and what they do today. These differences have been incorporated into the Paris Agreement in the concept of “common but differentiated responsibility”. We all have a shared responsibility, that’s the key. No country is exempt from the need to take measures to address the crisis. On the other hand, we don’t expect a very small economy, a very small country that emits small amounts of greenhouse gases, to do the same thing we do. We know, we are the second largest greenhouse gas emitter in the world. China is the first. After the United States, there is India, then there is Russia and other countries. But the line to follow is this: No country can solve this problem on its own. We all need to take steps forward. Therefore, the United States needs to allocate its fair share of funding and do what it can to help reduce emissions, and we do! President Biden has set a goal of reducing our emissions over the next decade by 50-52%. But we need other big emitters to do their part by making cuts. You can’t just keep using a coal-fired power plant and really be a part of the solution we need. We all share the same duty. No country can complete this work. If the United States is a zero-emissions tomorrow, we are still in crisis. We account for only 11% of all emissions in the world. Hence, 89% relate to other countries. 20 countries are responsible for around 73.75% of emissions. So those 20 countries, the most developed in the world, have a special responsibility. But everyone has a responsibility to be a part of the solution. I believe that His Holiness Pope Francis speaks with a unique authority and an irresistible moral authority. Hopefully, it helps transport people to get there.

Is it a really achievable goal?

We can do it. This is the important thing. People need to know that this is possible. By doing so, we can create millions of jobs. We can have cleaner air. We can enjoy better health. We may have fewer cases of cancer. We may have fewer problems related to polluted air, as people suffocate and children go to hospital in the summer with environmental asthma. And we can be safer because we can count on renewable energy, alternative energy and sustainable energy. And in creating these alternative energies, there is enormous wealth to be built. This we must all do together.

How can the United States – an economic and political superpower – and the Holy See – a very small country, but with moral and spiritual authority – work together in the struggle for a positive global economy and in the fight against climate change?

The Holy Father is one of the most powerful voices on the planet, if not the strongest. His call for people to move forward, to be rational and to live our responsibility as human beings in caring for God’s creation was extraordinarily eloquent. And we must all be responsible for caring for creation: this is its mission. But because he is above politics and outside of national conflicts, I think he can shake people a little and put them on the dialogue table with a better awareness of our common duty. Yes, the Vatican is a small entity, but the “herd” is huge on a global basis, and His Holiness Pope Francis has the power to stimulate the action of countries. It has the potential to be able to mobilize the citizens of many countries to demand accountability from their governments and to do what is necessary to preserve the planet. I think the world especially respects Pope Francis and there is no doubt that he is an important leader. We expect it to continue directing us further towards achieving the goal. Today we have come to Judgment Day regarding what are the consequences of the way we grew up. And I believe that the Holy Father speaks with special authority about our sense of duty and the need to take a step forward together, despite the divisions of the world. His voice is more important than ever.