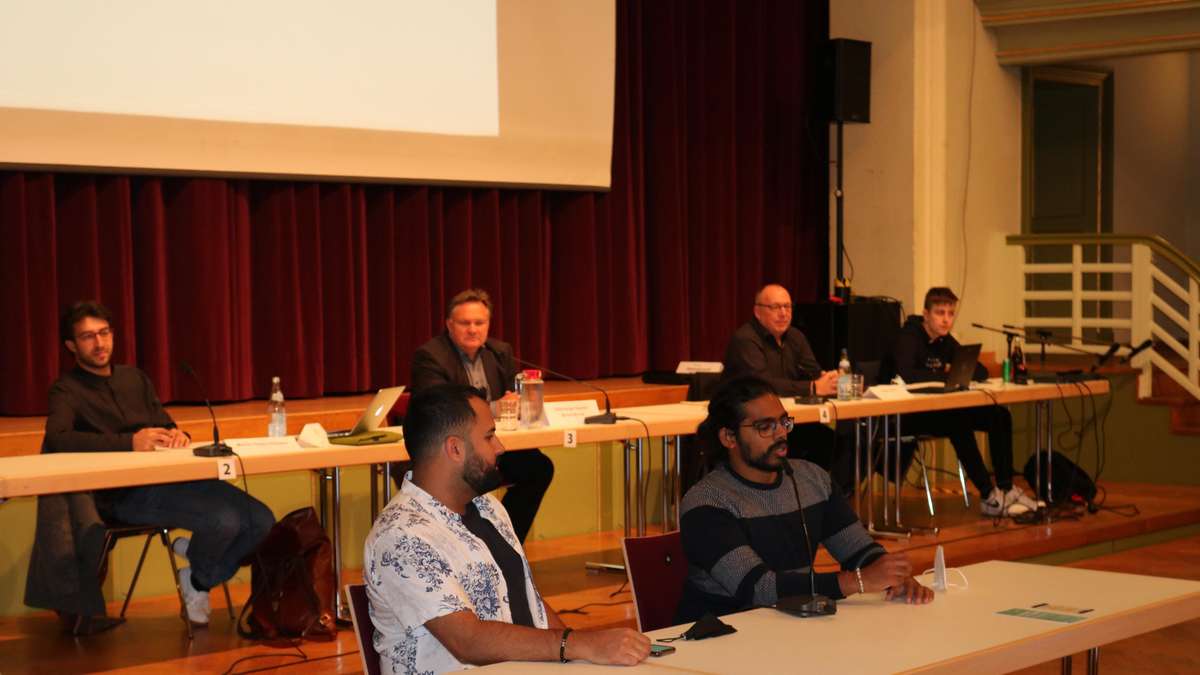 Kaufbeuren – At its most recent meeting, the Kaufbeuren Diversity and Open Society Advisory Board spoke, among other things, about topics that the committee would like to address in the next few years. Presentation of the various projects that the Advisory Board will support in 2021 was also included in the programme, as well as an outlook for future projects.

First, Tamur Khan and Thigis Kirushnathasan from Kaufbeuren provided insight into their training to become anti-discrimination speakers, which they are currently completing at AGABY (Association of Advisory Boards for Aliens, Immigrants and Integration in Bavaria). With this said, the two want to help people who are feeling disadvantaged in the future. As described by Kirushnathasan and Khan, the training provides a platform for exchanging experiences and networking. In terms of content, it is about learning about different forms of discrimination, thinking about what it is based on and how one can confront it. Kerosnatasan also stressed the importance of political influence to stimulate discourse, carry out campaigns, and reform legislation. It is also important to “take the civilian population with you,” Kerosnatasan said. Martin Valdes-Stuber, Commissioner for Diversity and Open Society, emphasized, “It is critical to label racism – especially by those who are unaffected by it.” Talking to clubs was also important to Khan, as he wanted “more members with immigrant backgrounds, for example in the fire brigade”. One possibility is that Khan and Kerosnatasan will offer an hour of consultation in “Eckpunkt” (Schmidgas 17), the “political living room” of the city’s youth council.

Department Head Alfred Reimer briefed on the “Live Democracy!” in Kaufbourne. The projects aim to promote democracy, shape diversity, and prevent extremism of any kind. Events such as Pride Week “put a clear sign of diversity”, while “Eckpunkt” is “a place for controversial and respectful discussions”. The advisory board has an annual budget of 20,000 euros to fund the projects. Projects funded by the Advisory Board in 2021 are, for example, AK Asyl’s tea room, which is well-received as an open meeting place, or the “This is the way Germany works” project, which brings immigrants from other cultures closer to customs and community values. As Kaufbeuren’s digital guide, the “Integreat” app provides important information on topics such as work, health and leisure in different languages. This also includes advisory services, current advice and contact details for the authorities, explained Jürgen Schick, head of the integration office. It was planned to expand the language offer for languages ​​such as Croatian, Romanian and Russian.

The advisory board has big plans for the future, too: many projects supported by the advisory board will be created under the newly chosen motto “give room for diversity.” A multi-day festival with live music and various cooking shows can be imagined. The committee wants to win many associations, institutions and organizations that submit their own projects in line with its motto. With the events, the advisory board wants to promote “real encounters,” which go beyond mere lip service and tolerance, and provide a space for co-living, as Mayor Stefan Bos emphasized.

See also  Noerr: The legal form changed due to Brexit