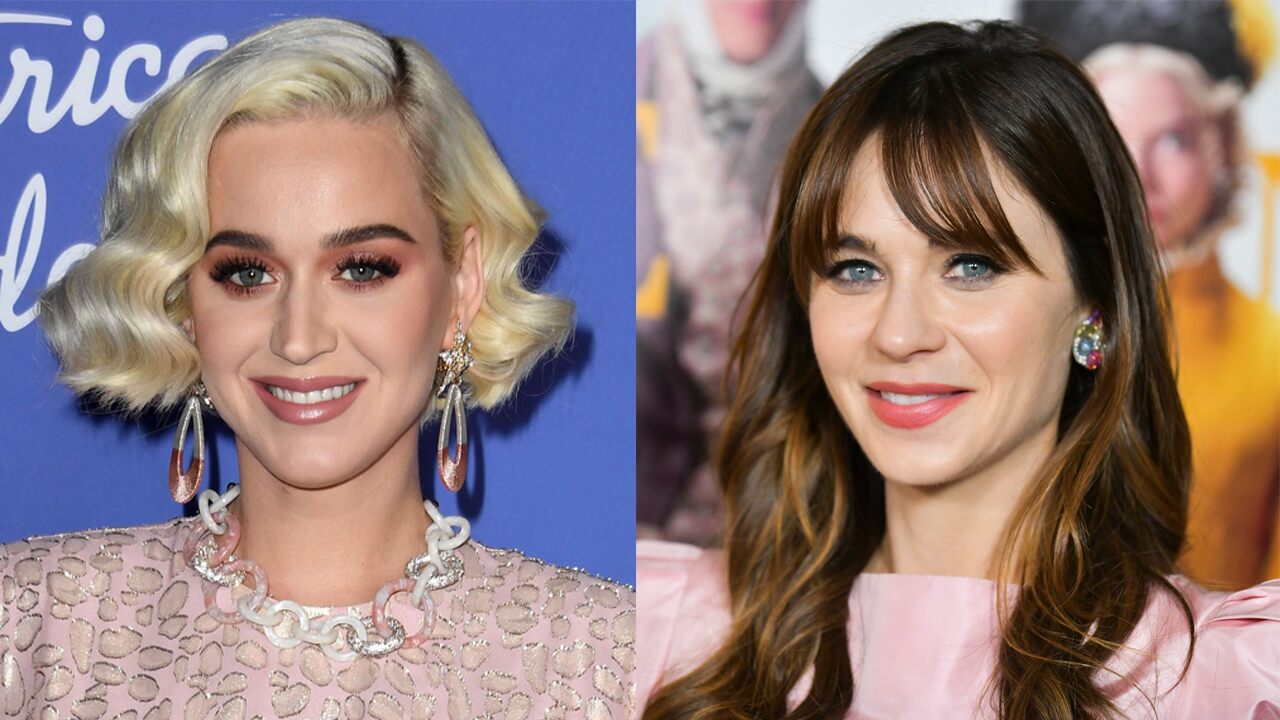 Katy Perry has recruited a superstar look to her latest music video.

The 36-year-old singer parodied comparisons between her and Zooey Deschanel for her latest music video, paired with the song “Not the End of the World.”

The video begins with Deschanel, 40, reading a newspaper while Berry walks her baby in a stroller.

Cut to space, where a pair of blue aliens tracks down the songstress in hopes of abducting her.

However, the aliens turn up the wrong celebrity voice when Perry and Dichinalle meet briefly.

Inside the spaceship, a large group of aliens have welcomed the “New Girl” star, who they believe is Perry.

Deschanel tries to explain the misunderstanding but does not seem to be consistent.

The aliens explain that it is, in fact, the end of the world, as they save the star about an hour before Earth sets to self-destruct.

Deschanel gets the aliens responsible for the mistaken hijacking to help her save the planet.

Then the star matched one of Perry’s iconic looks – a bright blue wig. More references to the hit album of 2014 “Teenage Dream” have been made, including nods to the “California Gurls” music video.

Just in time, Deschanel can pull a plug to disconnect the Internet from Earth.

“Earth is saved!” The screen reads on the ship.

The “Elf” actress then takes a look at the song in a cosmic costume to do shows for the aliens. They cheer loudly as Deschanel gives a blink of an eye to the camera.

“Not the End of the World” was released earlier this year as part of Perry’s latest album, “Smile.”

Perry welcomed her daughter, Daisy, this summer, shortly before the album’s release on August 28.