Karin Reyes, a prominent Salvadoran in Finland: “The most important thing is discipline, it is something that no one takes away from you” 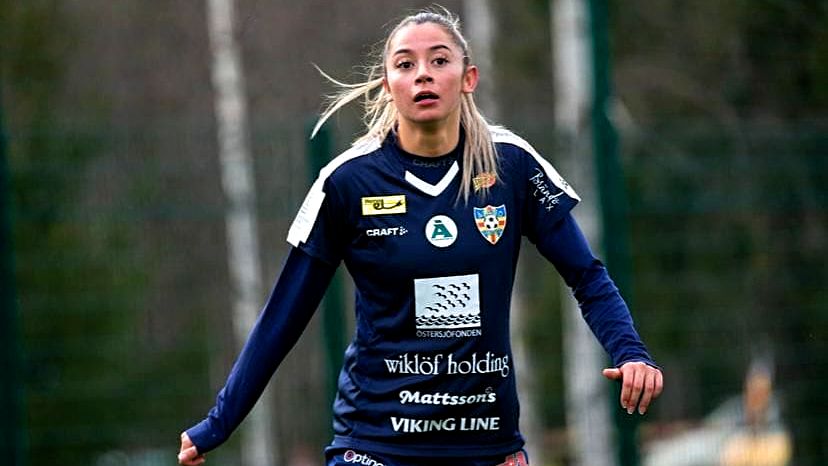 Kancha spoke with Salvadoran footballer Karen Reyes, the champion of Finland and now a new member of the women’s national team.

National Football Team feminine From El Salvador, those with professional work outside Cusco are nourished by values. In the friendlies against Honduras, we could see that there was a lot of talent outside the country that came to strengthen Blue and White.

CANCHA had the opportunity to speak with Karen ReyesWho stands out in the land of the legendary Jari Olavi Litmanen.

The very Finland that “knocked” on the doors of Enrico Dueñas at the time, is now the home of this hardworking citizen. Reyes is now the last Salvadoran champion abroad after Nicaragua’s Samaria Gomez.

In terms of armies, the girls’ champions are currently winning 2-1 since Pablo Bonnied was the only one who managed to yell the champ this year. But women and citizens come to ask for proof, aside!

Karen Reyes plays for Öland United (from Öland United) and managed to lift the Finnish Cup this year, only her first season with the team. She also had the opportunity to be the first Salvadoran to play in the UEFA Women’s Champions League. It’s a milestone.

After giving a minimal amount of context about the player, it’s time to introduce herself and tell us a little bit about herself. This is Karen Reyes:

“I was born in the United States but my parents are from Anamoros, not Union. From time to time, I come with them for vacation and visit the family.”

“Every season I was playing in Virginia the climate was hot, but then I would go to a cooler climate to play (in Finland); it was a challenge for me and I think I handle it very well.”

“My coach at Marymount (her former club) played in Finland and she knew I wanted to further my football career. So I called Holland coach. I had already coached her before.”

“He called me and offered me a contract and within two months I left for Finland.”

“I’ve played with Hollande for 10 months now, I can do a little Finnish; the rest is in English.”

“If necessary, I play where the coach needs me, I think I have this ability to adapt. It is something I strive for.”

“Coming into Holland, I knew they were looking to win at least two trophies a year, I knew I had to win a cup. We kept the cup and did what we had to do. It was intense and exciting to win it.”

“I think it’s good that they recognize the work of Salvadorans abroad, and I know that you can reach a higher level and one can stand out to represent the country well.”

“The call to choice excites me. We support each other, we are strong against others, but they all fight one hundred percent. It’s another family to me, with open hands, they welcomed us very much. Those of us who come from the United States feel very welcome here.”

“I feel like family, they are great, some are learning English and some are teaching Spanish.”

“I don’t know what to expect from coming to the national team but I was surprised by the girls. Many say they are not good and compare them to the guys, we work as hard as the boys. It feels good because the girls know how to play and we support each other.”

“I’ve never known anyone before, I’m the only one playing on the east coast (in the US) and the rest are from the west coast. But they all welcomed me with open hands, there are no differences and there is a great atmosphere.”

“My favorite player is the Brazilian Marta. The style he has, the way he handles the ball, the passion, the freedom with which he plays, it always pays off. She inspires me because she works hard. Because of his mentality, he knows what to do in the match and even after the match.”

“I also like the way American Tobin Heath plays, because of her movement and strong physique. She is a great player.”

“Maybe it’s more difficult to score for me, there are so many things going through your head, you have to relax and think about where you have to score.”

“To the girls who dream of playing football professionally, I want to say that it is difficult, but it can be done. You have to work hard, the most important thing is discipline, it is something that no one takes away from you. If you want something, you are the only one who can give it to them.”