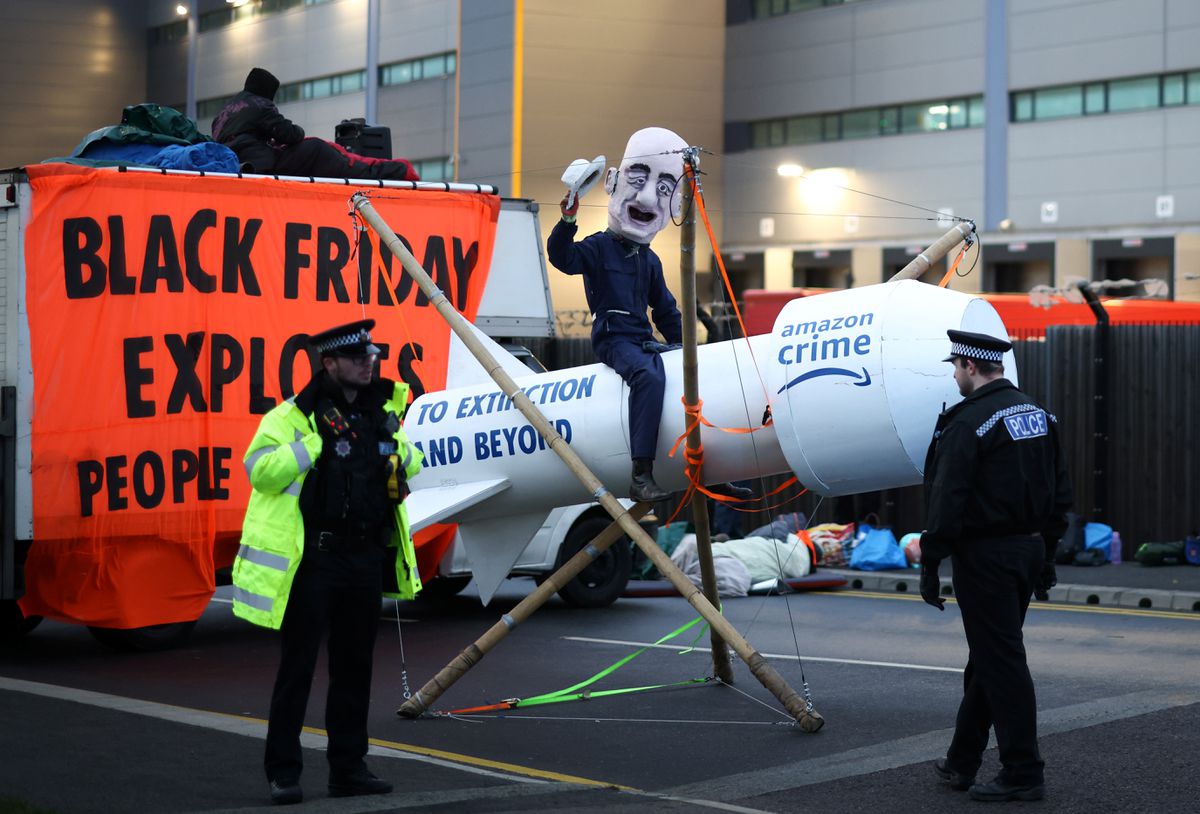 Climate activists of the movement Extinction Rebellion May focus on Friday, during the celebration Black Friday, in front of Amazon warehouses in the UK to block deliveries in order to denounce the online shopping giant’s alleged labor exploitation practices. Protesters boycotted the activity of the company’s largest warehouse in the country, located in Dunfermline, Scotland.

At about four o’clock in the morning, about dozens of the group’s activists began boycotting the distribution center of the American company. Local media reported that protesters holding banners blocked the way for distribution trucks that entered the warehouse and other vehicles that were leaving.

The blockade is part of an international action carried out by the Extinction Rebellion movement targeting 15 Amazon supply hubs in the United Kingdom, the United States and the Netherlands, “aiming to shine a light on Amazon’s crimes,” according to activists.

Unions in several European countries, such as France and Italy, have called on warehouse workers and delivery drivers to join the protests as part of the “Make Amazon Pay” campaign, which calls for better working conditions, clear commitments to the environment and for Amazon to pay a fair share of taxes. In Germany, according to data from the Verdi union, about 2,500 employees of the shipping centers in Rheinberg, Koblenz and Graben supported the strike.

Climate activists’ protest also reached Spain, where Greenpeace covered the windows of fast-fashion stores on Madrid’s Gran Vía to denounce the “social and environmental catastrophe of Black Friday that encourages consumerism that is depleting the planet’s resources.” Environmentalists at work have also joined the No Purchases Day initiative as a symbolic strike. A survey conducted by the Organization of Consumers and Users (OCU) showed that 77% of Spaniards will buy on Black Friday this year compared to 30% who bought last year.