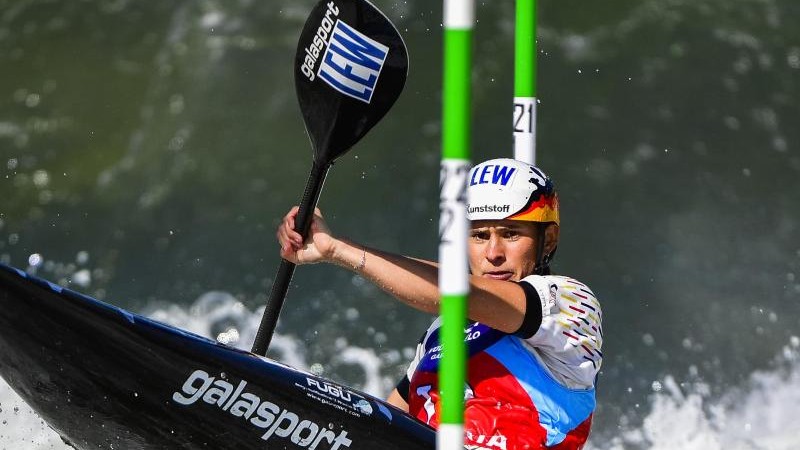 BRATISLAVA (DPA) – Tears rolled down by Ricarda Funk. And Elena Lilik repeatedly touched her head in disbelief, and sank to her knees, finally letting out a cry of joy.

The emotions of the two new world slalom champions said after the gold in kayak and canoe races in Bratislava, Slovakia, more than they could have seen before. Funk crowned a unique season in history with a gold medal at the Olympics and the World Cup. Lilik, better known by her maiden name Abel, sensationally replaced her teammate Andrea Herzog as Sunday’s champion. The third Olympian from Leipzig surprisingly failed in the semi-finals.

“I’m very happy. I worked hard for it. I can now finish this season quite simply,” said Funk, who started with Bad Kreuznach and lives and trains in Augsburg. Unlike her long-term rival, Australian exceptional Jessica Fox, Funk showed no nerves, confidently dried up her best time in the final and was the fastest again there.

“It’s crazy, I was in such a fickle state in my race and then finally saw the time and was happy,” Funk said. After two silver and two bronze medals at the World Championships, the title has now been won. “It’s been a really long year,” Funk said. “The goal was the Olympics and now the World Championships, but now I’m definitely ready for a vacation. I’ll be driving straight from Bratislava.” It achieved a perhaps one-time victory made possible by postponing the Summer Games by one year. Because in the Olympic year there is no World Cup.

Elena Lilik could not get out of the party. The day before her thrilling gold flip, she surprisingly won the silver behind her roommate Funk. Only Fox achieved such results in both areas before her, but this time she weakened. The 23-year-old from Augsburg has benefited from this with remarkable achievements. “It can’t be described,” Lilick said. “I think my head is set. I was telling myself the whole time that the fight would go on until the end, no matter how good or bad the clip was.”

And she went better in the Olympic extreme slalom, which will be held in Paris for the first time in 2024. Behind Jessica Fox, she won her third world championship medal with a silver in Bratislava. It’s in her first extreme slalom competition, where four boats row against each other after setting off from a cliff. Funk and Olympic bronze medalist in kayak, Hannes Aigner (Augsburg), was eliminated in the quarter-finals.

There was a conciliatory conclusion to the Men’s World Cup through Franz Anton. Leipziger ran in the absence of Olympic third-party Sediris Tasiades in the Canadian singles to bronze after having already won the title in 2018. “We have prepared ourselves and are very focused on this World Cup,” said Anton training coach Felix Michel. Never write off Franz.” Kayak men Noah Haig (fifth), Stefan Hengst (sixth) and Olympian third party Hannes Aigner (ninth) were left without the precious metal.