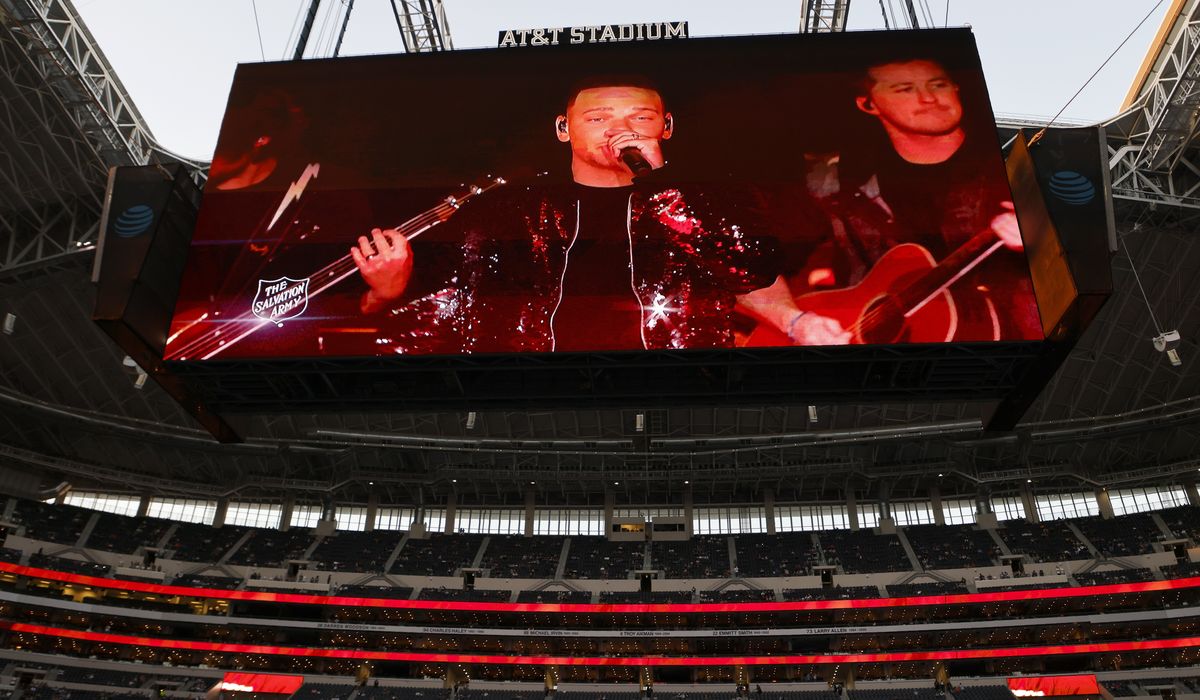 The Cowboys continued the Thanksgiving tradition between the two halves, launching a Red Kettle campaign for the Salvation Army with a performance from country star Ken Brown.

But unlike in normal years, this half of the time has not been shown in the field due to COVID-19 restrictions. Instead, Brown’s performance was pre-recorded outside AT&T Stadium in Dallas, with strong lights and dancing cheerleaders to match his voice.

Brown has joined a roster of country stars to the roster of shows over the past two decades, including Kenny Chesney, Kelly Clarkson, Carrie Underwood, Luke Brian and Keith Urban. And the issue of the Salvation Army speaks to Brown.

“There were times when I grew up when my family didn’t have enough food, or there was a roof over our heads, and today, there are a lot of people in need. 2020 was a tough year, but every little act of generosity helps,” Brown said in A. Release. “I am honored to have the opportunity to spread awareness of the ways people can help this holiday season and beyond.”

Brown is 27 years old, originally from Chattanooga, Tennessee. He auditioned for The X Factor and American Idol, but made a name for himself by covering and posting popular songs on YouTube.

Since then, he has released two studio albums and won the Best American Country Artist of the Year award for 2019. His album “Experiment” has reached # 1 today. Billboard Highest chart of 2018, he performed the song “Worship You” during the show, which was released last month.