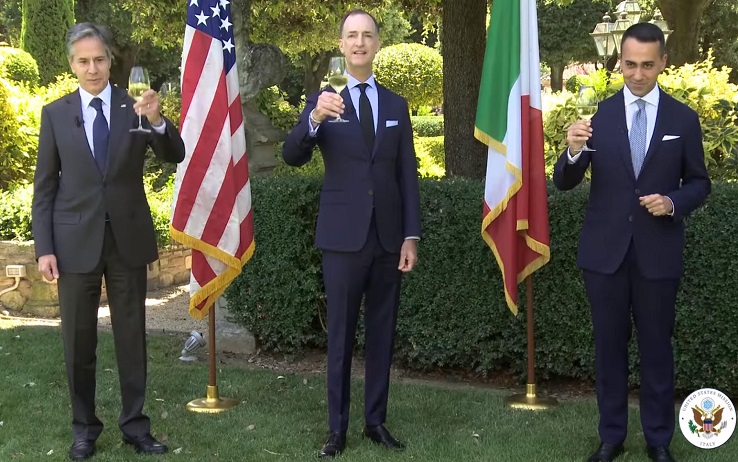 Italian Foreign Minister Luigi Di Maio and US Secretary of State Anthony Blinken met today at Villa Taverna in Rome for a toast on the Fourth of July, United States Independence Day. Director of Business at the US Embassy Thomas Smitham paid the tribute in the Roman Garden, where the usual reception could not be held due to restrictions imposed by the pandemic this year. The anniversary was also recorded in a video posted on the Facebook page of the US Embassy in the capital.

“Dear Tony – said Minister Di Maio – we have forged an alliance between Italy and the United States on the sharing of values ​​and on profitable exchanges between our two peoples. I would like to wish in the name of the Italian people and in the name of the Italian government my best wishes of prosperity to the American people and to you Mr. Secretary of State. God bless America” .

Blinken: “Italy and the United States are among the closest partners”

“The 4th of July – Blinken took the floor – is certainly the most important memory when we celebrate our independence as well as the countries that have been with us from the beginning as partners and closest allies. And of course Italy is one of us. We have bonds of friendship that unite us in many different ways, on a cultural and personal level, and of course we share in Chain of Values ​​Today more than ever, the United States and Italy affirm their shared commitment to democracy, freedom and unity in the hope that more and more people in the world can enjoy the benefits of democracy and freedom.In this commitment and in this work – concluded the US Secretary of State – Italy and the United States Among the tightest partners.