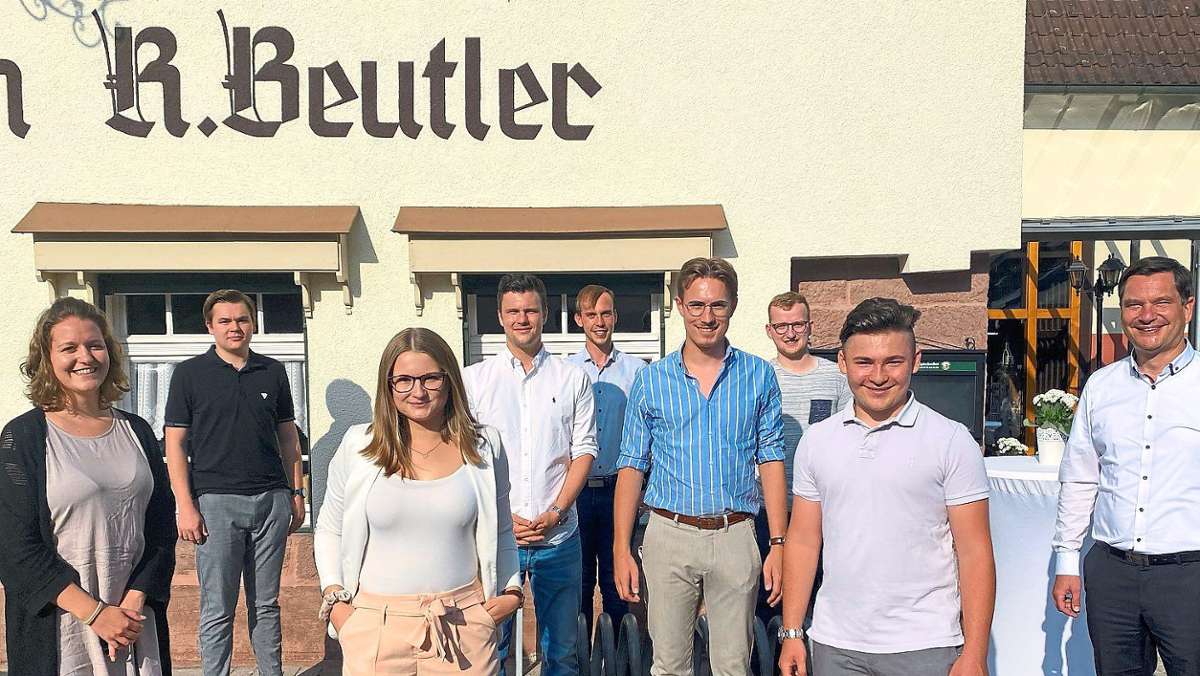 He became the new president of one of the three regional associations of the Junge Union in Calw: at a regular general meeting in “Löwen” in Ebhausen, 22-year-old Julian Däuble of Heiterbach-Behingen was elected as the new president of the Upper Nagoldtal regional association. This means that the master’s student is responsible for JU members in the region from Heiterbach through Altensteig and Nagold to Wildberg.

Ebhausen/Nagold-Däuble, activist in the DRK and in the city band, announced in his introduction letter that he wanted to seek close ties with local clubs. “Club life brings our community together. We want to contribute to making volunteering again attractive to young people, no matter if it’s in the music union or the fire brigade. We are the only political youth organization in the northern Black Forest that understands young people in rural areas.” The goal is to take advantage of the fact that many of the new board members are also active members of the association. The Blue Light campaign in 2019 showed that as a JU you can truly achieve something for clubs and volunteers. The new Board of Directors would like to build on this. A membership campaign is also on the agenda in order to provide new offspring.

One of the main concerns of the new board of directors continues to be in the Nagold District. “Above all, we want to be a point of contact and a first point of contact for young people interested in politics at the local level,” continues Julien Doble. In addition, there will be a fundraiser with the JU Target Wall for West German flood victims on Friday 20 August, starting at 12:30pm.

There are three new appointments in the line of vice presidents: Former President Jacob Bonasera (Nagold) will remain on the board as one of three vice presidents. Social worker Rebekka Gärtner (Sulz am Eck) and independent IT entrepreneur Julian Heusel (Ebhausen) are new as Vice Presidents.

The new Managing Director is Chief Industrial Officer Dominic Schmidt of Summersfield. Alexander Hammer (Volmaringen) will complete the Board of Directors as a member of the task force. A 17-year-old student, Felix Geiser (Oberschwandorf), has been elected secretary. The new chief information officer is Nicholas Welland (Feldberg), the new chief financial officer is Matisse Gutkunst (Heiterbach). All offices were elected by a large majority.

“You need a strong team”

In his welcome address, CDU candidate Klaus Mack praised the youth organization’s commitment and active support. “You can see that the Junge Federation has deep roots in its homeland. Anyone who is well established here in the north of the Black Forest also understands the people’s problems.” This is exactly what this federal election is about, and above all about the country’s leadership. “Now we have to get our economy to take off again, straighten out our financial situation, and specifically, continue to move fast internet into rural areas,” said Klaus Mack. It takes the power of an entire group to address these issues. “One person alone can’t work, you need a strong team,” Mac said at the end of Junge Union.

The CDU-affiliated youth organization “Junge Union” (JU), which has approximately 130 members between the ages of 14 and 35, claims to be the largest political youth organization in Kalu County. The county assembly is divided into three regional assemblies: Upper Enztal, Calw, and Upper Nagoldtal. University members seek to participate in the formation of political opinions within the CDU as well as in local political committees. The focus is on the interests of the younger generations.