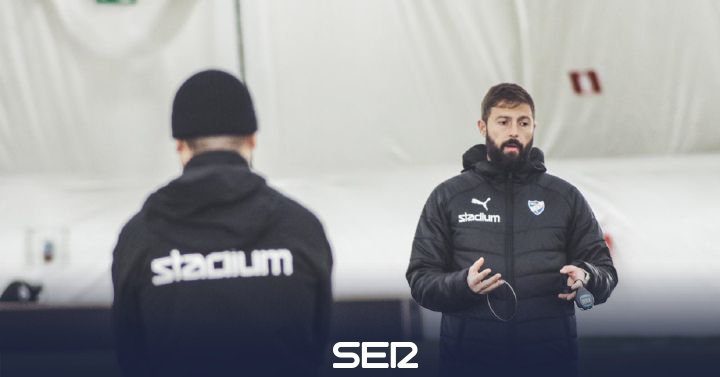 The coach from Avila Joaquin Gomez Blasco (Sotillo de La Adrada, 1986) This season he will lead one of the most important teams in Finnish first class, The HIFK Helsinki.

Joaquin Gomez He left our country at a young age, to try his luck in England, where he played various roles in teams like Brighton and Hove Albion, The Derby County or the A thriving city, a thriving city.

In the middle of that trip he was already with the ex-Liverpool player, Sami Hypia As an assistant coach Finland national team.

Recently, another technician from Avila accompanied, Borja Jimenez, in its stage in Cartagena and again in Finland, signed as assistant coach in SJK Seinäjoki He is looking forward to next season as a coach HIFK Helsinki.

The league will start April 10. Not yet started in severe weather conditions Living in Finland in winter.

A few days ago, we learned about the whereabouts of Joaquin Gomez, via the Twitter account of Cultural and Sports Cebrereña They refer to an interview with the technician from Avila on the web goldsmedia, where he spoke about the attention he continues to give to football at Avila since then Finland.

We talked about his life there and his career as a coach BE Deportivos Ávila With Joaquin Gomez.