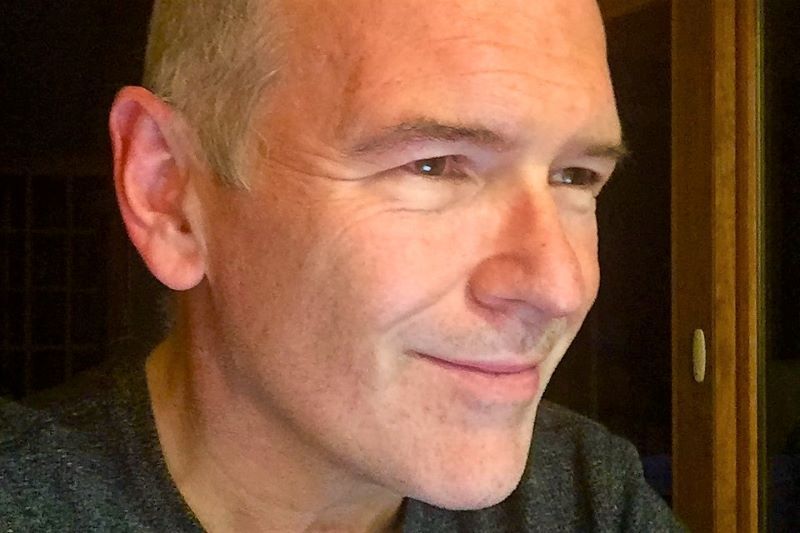 It was appropriate that His last column is in the New York Times On May 26, Jim Dwyer wrote of his great-grandmother’s quiet heroism in saving her family during the 1918 influenza pandemic.

It was known as Nan the Point from a remote area near Killorglin in Co Kerry. Her daughter Marie, son-in-law Buddy, and her seven children all contracted the Spanish flu and were helpless in its aftermath, gathering cold and sick in a small hut.

Every day, elderly Nan the Pointe, who somehow succeeded unharmed, climbed the mountainside with a bowl of potatoes and vegetables for her hungry daughter’s family.

Somehow he survived, and the Dwyer children who were rescued after separate years arrived in the world. One of them ended up in New York, Jim Dwyer was his grandson.

He made the point in Dwyer’s unique style that without Nan the Point and the unknown heroes of the pandemic we are fighting today, new generations would never survive.

It was a typical Dwyer column, beautifully written and visualized and conveying a lesson on forgotten heroes from the past year whose footprints survived and today’s heroes such as the low-paid migrant women cleaning ladies, cooks and assistants who helped save many lives.

Dwyer had amazing compassion and insight into the lives of those who struggled in life. She accompanied him in a few of his interviews and quickly learned why he was a master of prose. Details weren’t too few, and no angle was revealed. The final product was more like a well-polished jewel, impossible to match.

Dwyer was a member of Mick Clique, a group of incredibly talented columnists like Jimmy Breslin, Pete Hamill, Mike McAlary, Dan Barry and Dwyer who changed New York and changed it with their writing.

Dwyer transformed prose into poetry, regardless of context. He rides on the rails every day on the New York subway and covers every event imaginable. He had seen a snake on the train, a chicken-sacrifice ritual, but it wasn’t just strange events, it traced the stories of the lives of those who rode the rails, giving us an insight into the hidden lives of millions of metro riders.

He never forgot little people, actually celebrated them, and told the power truth about them. No wonder Rudy Giuliani hated him. Jim Bar was so righteous that he did not let Mussolini’s tendencies toward Giuliani go unnoticed. He was among the first to suggest that the Central Park Five, the young black men falsely accused of raping and severely beating a white runner, were innocent. Donald Trump wanted them to be executed.

On September 11th, he interviewed a resident of the Twin Towers even as the man faced certain death when fire broke out towards him. Writing “102 minutesRecord the events of that day, what mistakes were made, and what feats were done better than any other publication.

He had written a book about the 1993 World Trade Center bombing and instantly connected who the bombers were.

It covered the US invasion of Iraq as only Jim could, escorting the US military there and relaying the daily struggles and lives of soldiers on the ground and ignoring the generals.

READ  "Anna K", the first series from Russia on Netflix

Jim also put the case of Rory Staunton, my 12-year-old nephew who died of sepsis in 2012 after horrific hospital care, on the front page of the New York Times and sparked a movement to make parents around the world more aware of the disease.

He was loved as Senator Chuck Schumer said: “I am deeply saddened to hear of the death of a great New Yorker and proud Irish American, Pulitzer Prize-winning journalist Jim Dwyer. His loss left a big hole in the New York media landscape and in our hearts. “

When we started American Irish Magazine And Irish Voice newspaper (the sister publication of IrishCentral), he was incredibly generous with his time and advice. He wrote a column about our endeavors that makes me laugh to this day, describing our first office on the top floor of a Turkish carpet company that Turks work with with a Jewish company on the same floor. It was a New York mix that only Dwyer could call and had a great read.

We went to Northern Ireland together and I was able to tell him when the 1994 IRA ceasefire was going to be announced, and I’m glad to say that helped him. Pulitzer won as his Irish columns are cited.

He had originally planned to become a doctor, but a period with the publication of a Fordham University student changed his mind. Losing medicine was a gain for writing.

In the past few months as he bravely grapples with his illness, Jim has been upbeat with his texts and emails. He was a gentleman to the tips of his toes, and he was one of the most insightful, funny, and lovable people I have ever met.

His parents are Keri and Galway, my deepest sympathy is with his wonderful wife Cathy, and children Kathleen and Moira.

He’s with Nan the Point now, and there’s no doubt he’s squeezing the minutest details of how to save his family. The truth was important to Jim Dwyer and he lived it. Irreplaceable. He said in his own words in his last column:

“I am one of 45 great-grandchildren who came from the house who did not die because Nan the Pointe left pots of food on a rock, upwind.”

The word was a much better place his family survived.