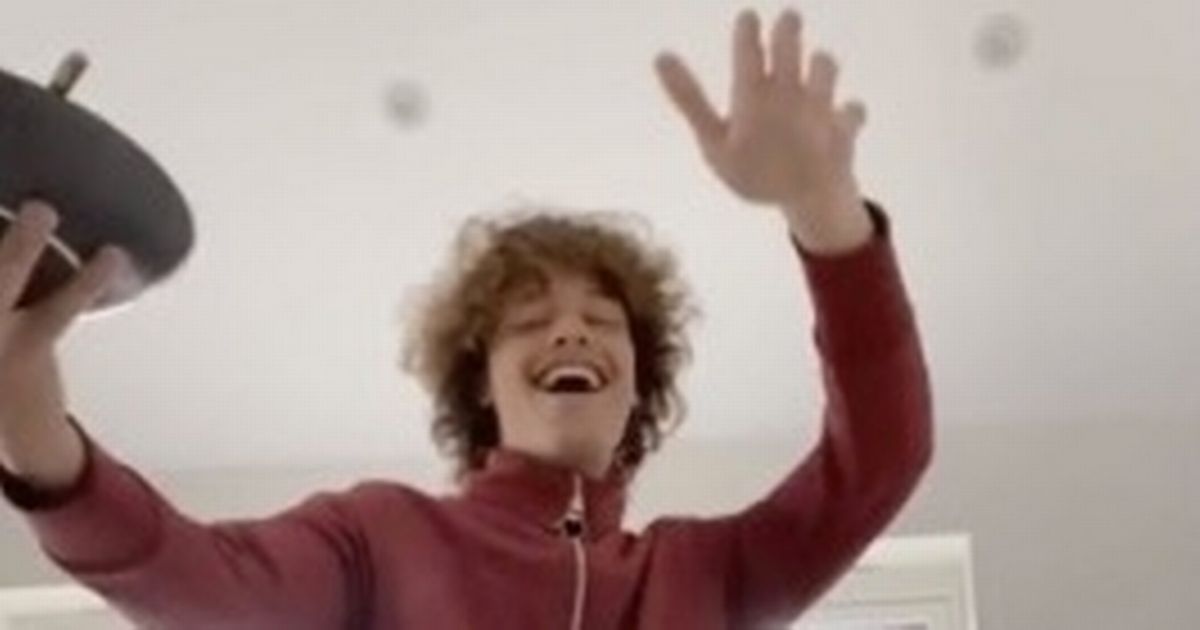 Bobby Brazier fumed about having to pay to live in his family home as he begged fans to pay his £200 rent for him.

The 17-year-old model, who is the son of Jeff Brazier and the late Jade Goody, asked “sexy cougars” to come forward and stump up the money so that he doesn’t lose his privileges.

Bobby, who has been getting professional modelling gigs, said his driving lessons and phone data would be taken away from him and his lifts to the station would stop if he didn’t come up with the cash in the next few days.

Bobby took to his TikTok account to share a video of himself eating from a bowl while he danced around the kitchen to Janet Jackson’s Together Again.

Adding captions to the clip, he posted: “I pay rent to live in my own families house before im 18.

“And its the end of the month and i cant afford it.

“My driving lessons, data and lifts to the station are gonna stop.”

He added: “But i got the naughtiest tunes yoube ever heard in your life so none of it matters [sic].”

The video then cut to a clip of him running down the street in the rain.

He wrote: “Wish me luck or send me a fiver,” adding an angel emoji.

As he posted the video to his 65,000 TikTok followers, Bobby said he was looking for “sexy cougars” to pay his rent for him.

READ  Behind your eyes, head over to the top ten TV series on Netflix 5 to see the next

He wrote: “Living at mine ain’t worth £200 a month. #fyp any sexy cougars that have an extra bit of dough ? #naughty #peaktimes #imafullgrownadultnow.”

This isn’t the first time Bobby has begged his followers for money, but last time, his account was hacked.

Back in March, Bobby lashed out at the “c**t” scam artist who hacked his Instagram account and used it to steal money from his fans.

Bobby apologised after a string of his followers transferred money to the con artist, who had promised to return £100 to anyone who could transfer him £80 there and then.

The scammer later upped their offer to a return of £30 extra if someone would send the money, claiming they – ‘Bobby’ – needed it to pay a hotel fine.

A written message posted to Bobby’s story read: “Who can do me a huge favour ASAP?!

A second story showed a picture of what appears to be a budget hotel room.

It seems that some of Bobby’s followers fell for the nasty trick and sent money onto an account.

READ  HBO's The Last of Us TV show is already happening

In a video, Bobby told his followers: “Oi listen, my Instagram was hacked, right.

“And I still ain’t got it back so I can’t say it on there but I’ll say it now, everyone that sent this c**t money, obviously you thought you were sending me money so I appreciate that, and I guess I’m sorry and all that.

He captioned the video: “If I know you personally then just know if you need a favour I got you and if you know me from Instagram or whatever then it’s all love.”