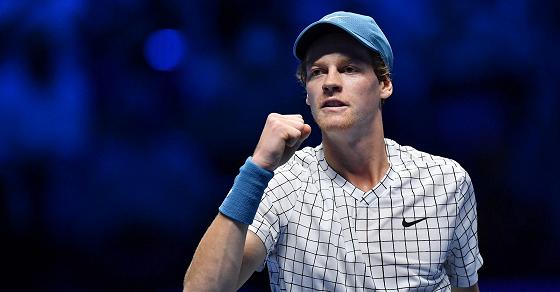 It put South Tyrol into a tennis euphoria: Jannick Sener, 20, is No. 10 in the world. He talks to Rai Südtirol about his goals, dreams and life away from the tennis court.

Jannik Sinner will likely be remembered for a long time on a Tuesday evening in Turin in mid-November. He reached the ATP Finals as a backup for an injured teammate and brought the world number 9 to his knees in two sets. Sinner himself believes he played well in an interview with Rai Südtirol reporter Hannes Peintner. “I’m very happy.”

Rai Südtirol: Do you realize that you are now booming tennis in South Tyrol at the latest?
Yannick Sener: I hope so! In South Tyrol, this has lost quite a bit in the past few years. Now more adults and children are playing tennis again, that’s cute. I think it’s generally good for South Tyrol and tennis when you see something like an idol or a good player and then say, “I want to try that too now.”

What next – the end of the season and then? Skiing in Sixteen?
I’m going to ski a little. But there is not much time left. After Christmas we will head to Australia. For a few days I don’t have to do anything, I shut my head. I deserve it too.

What’s the best way to turn off Jannik Sinner: while playing Playstation or at your girlfriend’s place?
No, I don’t have a girlfriend anymore. I love playstation games. I can do it with friends, as I do it in the evenings at tournaments. Sometimes I need that to think of something else. I like to play “Fortnight” and with headphones I can call and talk to my friends. Every player has his or her there.

In an interview with Rai Südtirol I once said: Number 1 is the obvious goal. What are your plans for the next year?
Number 1 is a dream. Every player has a dream and I have to be number 1. Next year is going to be an important year. I have to defend the position now. But of course you want more and more. But I’m 20 and I’m number 10 in the world. This is a great result but I strive for perfection, even if that is not possible. You should always have something that can be improved.