It was alleged that a McDonald’s customer was assaulted, causing the employee’s head to tear due to a wrong order 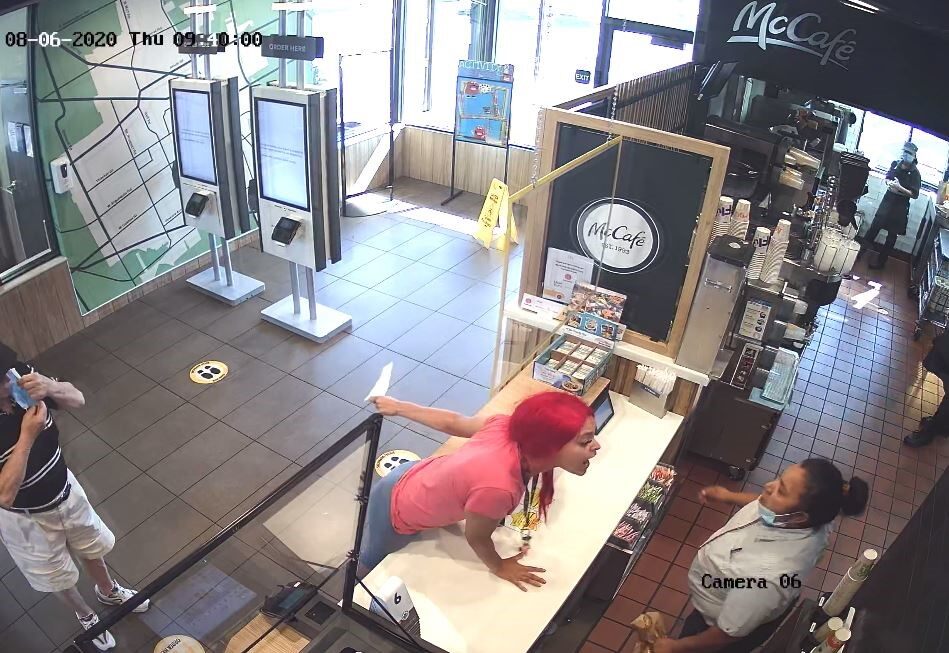 An attack on a McDonald’s restaurant in Indianapolis prompted police to search for a suspect.

A Subway customer portraying a worker on the “right” not to wear the mask portrayed: “I am free.”

The suspect has not been identified.
(Indianapolis City Police Department)

according to Transfer From the Indianapolis Metropolitan Police Department, a woman at a McDonald’s was alleged to have become verbally abusive to employees because her driving order was not correct, witnesses reported.

The altercation took place in August, but the police recently asked the community to help find the suspect.
(Indianapolis City Police Department)

The woman entered the establishment in anger and “continued to get angry” and then began throwing things at the employees. One of the workers had a “head wound” from the piece.

Police officers arrived at Building 7200 on Washington E Street, but the customer had already left.

The woman screamed and threw things at the staff.
(Indianapolis City Police Department)

The accident occurred on August 6, but the police were unable to arrest a suspect and turned to the community to help locate her.

In the security photos shared from the police station, the alleged suspect appears to be shouting at the staff. In one of the photos, she is seen raising herself on the table.

Police ask anyone with contact information for Crime Stoppers of Central Indiana at (8477) 317-262-TIPS, or send anonymous advice over the web at crimetips.org.

The altercation allegedly started due to an order from the car.
(Indianapolis City Police Department)