Book review “From the Measurement of the Universe” 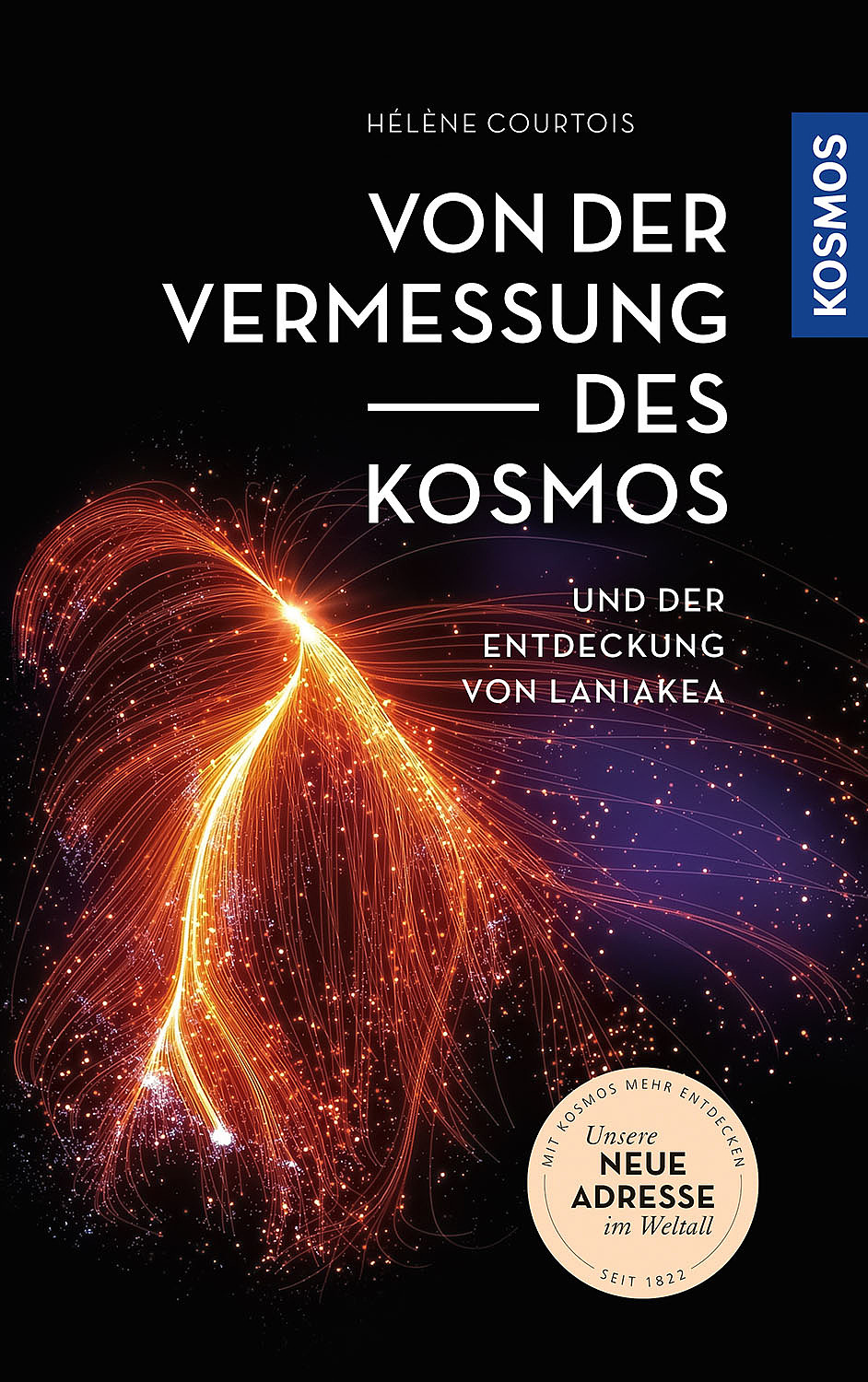 Where are we? You can easily mention your street, city and country, if necessary, on a postcard. But cosmologists like Helen Courtois want to know more about it. Planet Earth, the Solar System, the Milky Way… And then? The so-called cosmographers – the geographers of the universe – answer this question. Instead of conquering the universe, they try to map our neighborhood as accurate as possible.

In her book From Measuring the Universe and Discovering Laniakea, the French astrophysicist takes us on her 20-year journey through the universe, which led to the discovery of the Laniakea supercluster of galaxies, which also includes the Milky Way. The French original was published in 2016 and was awarded the “Prix Ciel et Espace” astronomy book prize the following year.

In her book, Courtois explains the basics and developments in the measurement of cosmic distance with the help of many illustrations and photographs. However, the color images are collected in the middle of the book – unfortunately, the constant bouncing back and forth hinders the flow of reading. With integrated information boxes about physical details, Courtois manages to tackle many topics without overwhelming her readers: from physical principles such as electromagnetic waves and the radiance of celestial bodies to more complex content such as dark matter and the cosmic principle. Only in the middle of the book do the many methods of measurement accumulate, and it is easy to lose track of things.

Unlike most popular science books, this work is not just about making the research results easily digestible – the author also wants to present the scientific process as a whole. In the first chapter, she meets intern Helen from the observatory in Lyon and leaves her 20 years later, shortly after the discovery of the Laniakia supercluster. He accompanies them on their research trips to Australia and Hawaii, which are adorned with sentimental tales about bird photography, the nocturnal noises of kangaroos and the taste of exotic fruit. At the same time, the author does not hide the negative side: long nights, monotonous work and unsuccessful measurements. Sometimes she’s given her entire circadian rhythms to her research, performing 480 nights of observation in just one year, working in three time zones. Makes it clear: Research is not a quiet flow and is rarely a pure success story; The ups and downs are part of it.