Iran and the International Atomic Energy Agency have reached an agreement, but Khamenei is strict 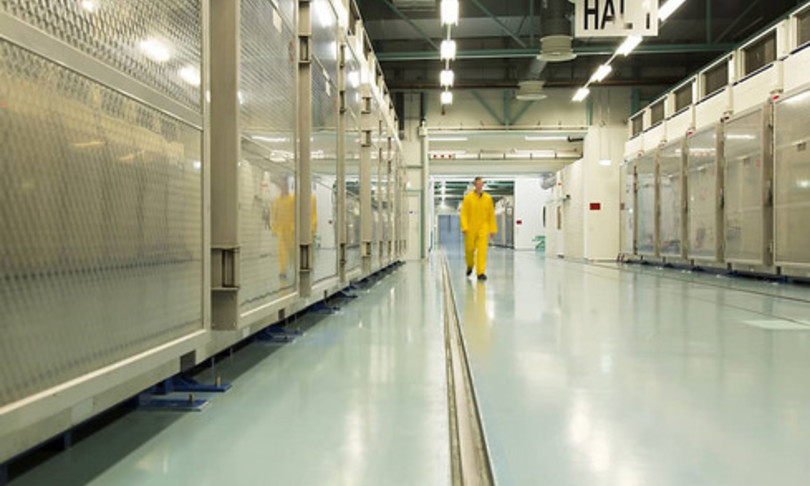 AGI – Iran and the International Atomic Energy Agency agreed on Sunday A new system for verifying the nuclear program is more limited for a period of three monthsIn light of the suspension of cooperation announced by Tehran next week. This was announced by the Director General of the International Atomic Energy Agency, Rafael Grossi, upon his return to Vienna from a two-day visit to Tehran, during which he met with the main Iranian nuclear negotiators.

“We will have less access (compared to now), we have to be honest, but we will have sufficient access,” Grossi said, speaking at the airport in the Austrian capital. A law goes into effect in Iran on Tuesday, and provides for the suspension of the so-called “Additional Protocol” to the Treaty on the Non-Proliferation of Nuclear Weapons if the United States does not lift sanctions.

This protocol allows IAEA inspectors to cancel the declaration of any facility, civilian or military. It is a key barometer of the 2015 nuclear deal. Grossi stressed today that “the law is in place and will be enforced,” meaning that “the additional protocol will be suspended.” “But – the director added – we have agreed on a specific bilateral agreement to bridge that period in the best possible way without losing the necessary verification ability.”

But a few hours later, Ayatollah Ali Khamenei, the supreme leader of the Islamic Republic, used sharp tones. Iran can enrich uranium “up to 60% if needed,” Khamenei said, according to state television, again that Tehran would never yield to US pressure over its nuclear program.

Khamenei’s words came shortly after Iran’s ambassador and permanent representative to international organizations in Vienna, Kazem Gharibabadi, declared that Iranian authorities will not allow inspections of the International Atomic Energy AgencyThe International Atomic Energy Agency (IAEA), after February 23, implements a law passed by Parliament that prohibits access to inspectors if sanctions against Tehran are not withdrawn.

But according to a joint statement, Iran and Aiea decided by mutual agreement Stopping the implementation of the additional protocols for a period of three months during which Tehran continues to collect monitoring information, and if the sanctions are lifted, Iran will hand over to the International Atomic Energy Agency records of all operations carried out. On the contrary, if the sanctions are not lifted, the transaction information will be deleted.

The European Union’s foreign policy chief Josep Borrell said, “With regard to the Iran nuclear deal, important diplomatic contacts are taking place between all parties, including the United States, to see if there is a possibility to return to the agreement left by the Trump administration.” On arrival at the Council of Foreign Affairs. “I think that A way to return Iran to full implementation of its obligations In the deal. ”

The Iranian parliament, controlled by conservative forces, accused the government of “breaking the law.” Some deputies strongly attacked the executive branch Supreme Leader Ali Khamenei also entered the debate. “The government has no right to make decisions and act arbitrarily,” state media quoted Mojtaba Dhul-Nur, head of the Parliamentary Committee for National Security, as saying.

The deputy added that “the agreement is an insult to Parliament.” Following the law by which Parliament requested, at the end of December, the government to strengthen the de facto nuclear program and limit the AIEA inspections, and to cease the application of the so-called Additional Protocol which, among other things, permits inspections of suspected sites with little notice .

The interim agreement stipulates that inspectors will no longer be able to access video from cameras that verify certain locations, but if the United States removes the sanctions in the next three months, the recorded information will be shared again with the UN agency, otherwise it will. Destroy. Khamenei, who called for a “precise” application of the law passed by Parliament, also called on the Legislative Council and the Executive Authority to “work together” to quickly overcome differences, so that “there does not appear to be inconsistency.”