Interview at the Munich Security Conference: “What can we do for Joe Biden?” – Politics 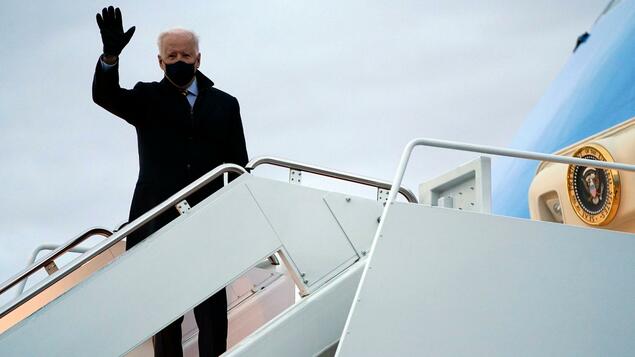 Boris Rogge, 58, was an envoy at the German Embassy in Washington from 2016 to 2019. The diplomat has held the position of Vice President of the Munich Security Conference (MSC) since July 2019.

Mister Rog, US President Joe Biden will participate in the Munich Security Conference on Friday. You have worked for a long time. What does this success mean – to you, but above all to Germany?

It’s just a virtual meeting of course, but it’s very important for us that a current US president appears at an MSC event for the first time. On the one hand, it worked because Biden has been a participant in MSC, which was still known as the Defense Science Conference, since 1980. But it also aligns with the program, Renewal of the Transatlantic Partnership, to which he is committed. The strong transatlantic relationship is part of our MSC DNA. Biden knows that.

From a European point of view, there are some familiar faces in Biden’s new government. Will everything be alright now in the transatlantic relationship?

No, but the basic conditions for stabilizing and strengthening the relationship again are very good on the American side. Better cooperation is urgently needed because neither the Europeans nor the Americans can take on the major challenges on their own. But the question is posed incorrectly.

The question should be adjusted freely from John F. Kennedy: Don’t ask what Biden can do for you. Ask what you can do for it or for the Transatlantic Partnership. Biden will not be unilaterally able to repair the relationship that damaged his predecessor. So: the prerequisites are good, but the success depends on whether we Europeans, and especially we Germans, force ourselves to do what is necessary to make the partnership strong again under new geopolitical conditions.

In what areas is this particularly urgent?

What is needed is a strong, actionable Europe. This will only happen if Germany realizes the strategic position it occupies and draws the correct conclusions from it. Germany is the “enabling force”: it is one of the critical factors for Europe to be able to act. On the part of the European Union, geopolitical issues such as trade and technology are at the fore. Europe is a great power here and it can play a central role. On the NATO side, on the other hand, there is strict military security. We have to ask ourselves whether we Germans are doing enough for it. Indeed, it can be said that the Biden government is not of this view.

Rebooting in Washington got a little tricky, and not just because of the storm on the Capitol. There were also tensions regarding Europe, for example with the European China Investment Agreement. Are we losing the magic of the beginning?

In both the United States and Europe, epidemic control and economic recovery are high on the agenda. In America there are also challenges such as accountability and polarization, and in Europe Italy has escaped a government crisis. So there are enough problems on both sides. But we Europeans need to give the Biden government a positive response to the many positive signals it has sent. At the moment, few in Washington see problems in German-American relations. Among them is Nord Stream 2, an investment agreement with China, and how quickly Germany is increasing its defense spending. There are case-by-case explanations, but the overall picture frustrates the Biden team. We have to make it clear to ourselves, we have to talk about it, and that is the purpose of MSC.

How clear is Biden in handling the controversies in his speech?

I expect Biden to express the US expectations clearly. I hope so too. Just as I expect, the Federal Counselor, the Secretary General of NATO, the Chair of the European Union Commission and the Secretary-General of the United Nations will actively use our forum. Since the challenges are so great – Russia, China, the climate and the pandemic – we have no time to waste. We need to reach an understanding with Washington about where the challenges are and how we will find solutions.

Now it’s a virtual meeting. Discussions in the margins were omitted, as participants were able to share information on important questions informally.

Certainly, this changes the character of the security conference. But this coordination is the best we can do right now. We are aggressively pursuing a plan to hold a face-to-face event as soon as possible, as topics can also be discussed informally.

Could Biden’s participation in MSC mean he will bypass Berlin on his first European trip?

Biden sees Germany as an important partner. It is about a transatlantic relationship that brings the United States, the European Union and Canada together. For this to work, the new US administration will invest heavily in German-American relations. Precisely for this reason, it will be very demanding, and it is true: the relationship has to be more balanced, and the Europeans must take more responsibility.