“Tennis is not a fair sport” 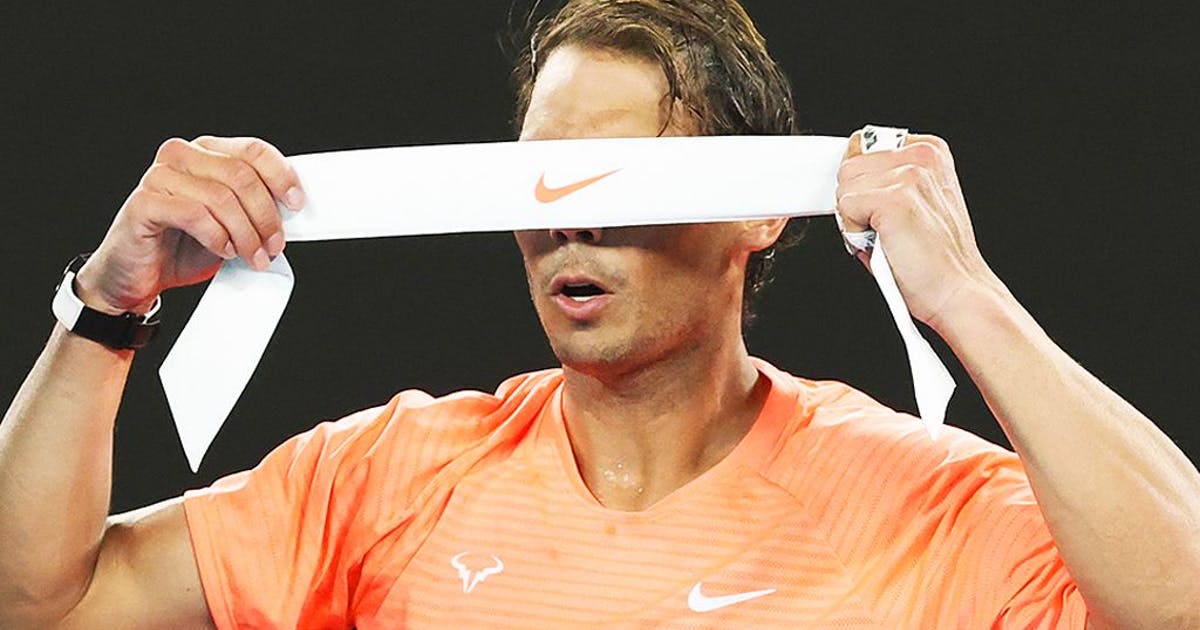 Rafael Nadal has to fight another bitter defeat at the Australian Open. Even if the Spaniard doesn’t want to accept excuses, bad luck appears to be stuck in his Melbourne shoes.

In his impressive career, Rafael Nadal has won 20 Grand Slam championships so far. At the start of the year in Australia, he only succeeded once (2009) – more than any other major tournament. Things are looking very good this year for the long-time Spaniard, who will qualify for the quarter-finals without losing a set and are really close to beating Stefanos Tsitsipas.

But then Nadal gave up the match in the third move. “In this tiebreak, I made some mistakes that I cannot make in order to win the match,” the 34-year-old knows exactly after the match. Tsitsipas crashes into the snow into the fourth and fifth groups after the tiebreak and bury Nadal’s hopes for the title. one more time.

Painful memory of the final against Wawrinka

Nadal shows himself as the usual loser, praising Tsitsipas for his strong performance, saying, “This is the sport. Sometimes things go well, other times things go wrong.” However, he seems more unlucky than anywhere else.

In 2006 and 2013 he was unable to compete in the first place, often dragging himself during the tournament in Melbourne. “Unfortunately, I suffered more injuries in this tournament than others. Then I played games that I lost like today – against one of the best players in the world. This is what happens, ”Nadal says.

He finds no reasons for misery in Australia. “Sometimes I was not so lucky, was I? In 2014, for example, in the final against Wawrinka. Why did it happen after a great tournament and great preparation?” Nadal recalls his injury during the losing final against the Swiss.

Once again this year, the Spaniard does not fully possess his powers, especially before the tournament. “I really don’t know the cause of my back stiffness for 20 days and I couldn’t train properly,” Nadal says. At the same time, the Spaniard does not want any excuses. I’m not the type to make up excuses and complain about what happened. I just have to accept it. I never considered myself an unhappy person. ”

Especially in tennis, where there is no tie, that is part of the equation: “Tennis is not a fair sport. I got what I deserved in my career. I also had opportunities here in Australia, but I couldn’t take advantage of it. I didn’t deserve more.”

But Nadal did not lose confidence in his second Australian Open win and declares: “This opportunity is missed, yes, but life goes on. I hope you keep getting the chances. This is what I will fight for.”