Inequality, ‘economic growth’ figures scattered around the world don’t show how wealth is then redistributed 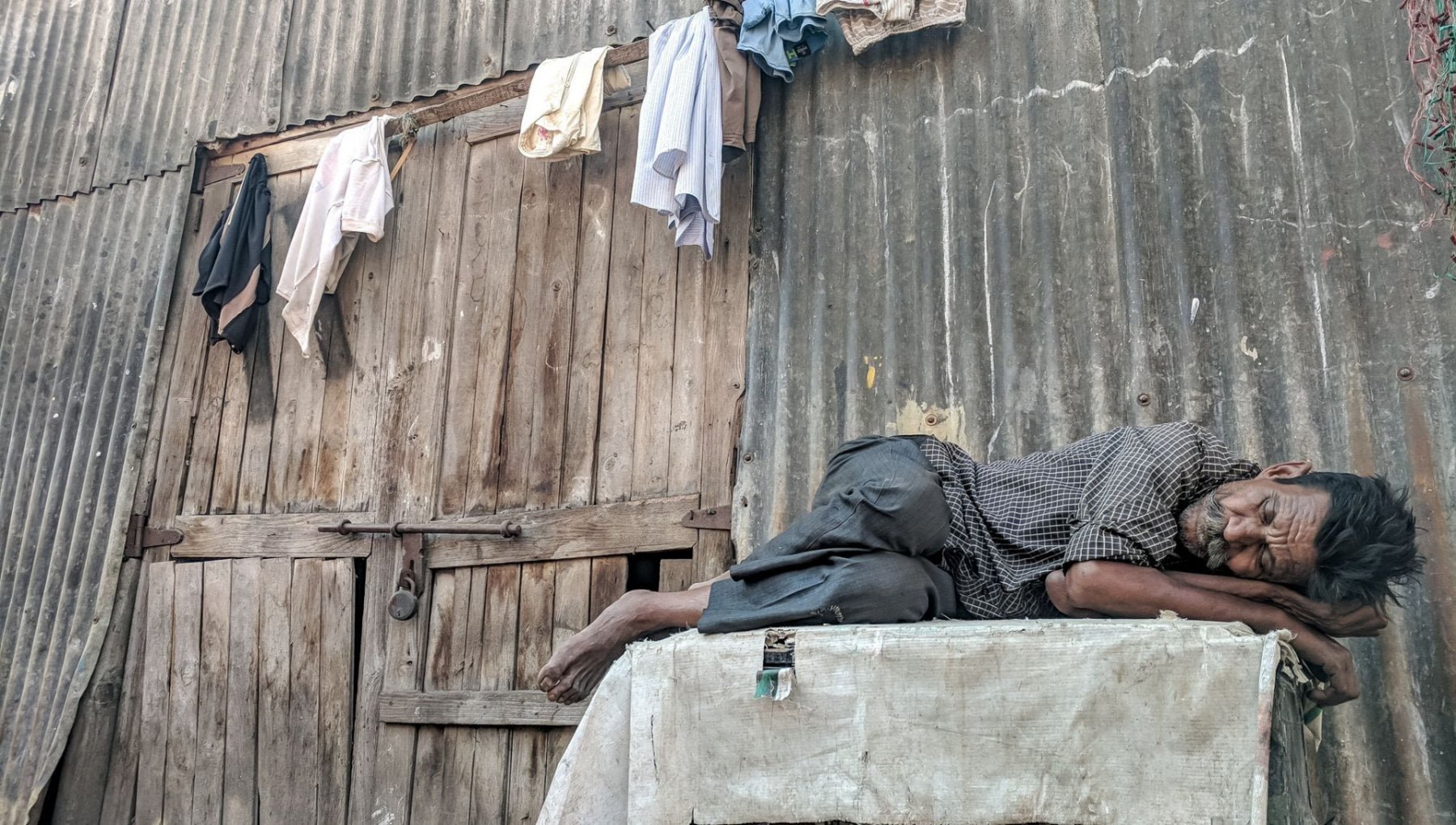 Rome – “Open, transparent and reliable information about inequality is a global public good.” We live in a data-rich world and yet basic information on income and wealth inequality is lacking. Growth figures are published every year by governments around the world, but they do not provide information about how growth is distributed among the population, and who gains and who loses from economic policies. Access to this data is essential to democracy. This report provides the latest summary of international research efforts to track global disparities. The data and analyzes presented in the report are based on the work of more than one hundred researchers in four years, spread across all continents and contributing to Global Inequality Database (WID.world), managed by Global Inequality Lab. This extensive network works with tax authorities, statistical institutes, universities and international organizations to harmonize, analyze and publish comparable data on international inequality.

The point of The World Inequality Report 2022. is to provide the most current and comprehensive data available on inequality to inform democratic debate around the world. We update us World Inequality Report 2018Which adds new data with dimensions of gender, environment and tax justice. Economic inequality is pervasive, somewhat inevitable, and always at the center of debates about how societies should be organized. The unexpected COVID crisis illustrates this clearly. It has crippled large sectors of the economy, and deprived many of their livelihoods. However, in many countries, compensatory income support systems have been put in place very quickly, demonstrating the great power of societies, through their governments, to mitigate inequality and avert social and political disasters. In general, how economies should distribute the income they generate, among local people and around the world, is a source of heated debate.

Is economic growth evenly distributed? Is the social safety net wide and deep enough? Are low-income countries catching up with richer countries? Are racial and gender disparities decreasing? Across the world, people have strong and often conflicting opinions about what constitutes acceptable and unacceptable inequality and what to do about it. Our aim is not to get everyone to agree on inequality: this will never happen, for the simple reason that there is not a single scientific fact about the ideal level of inequality, let alone the ideal social policies and institutions that would be required. To access and keep it. In the end, we can make these difficult decisions only through public deliberation and through our political institutions. So our aim here is more modest: we hope and believe that it is possible to agree on some facts about inequality.

The report collects new data sets. The immediate objective of this report is to bring together new data sets from Global Wealth and Income Database (WID.world) in order to document many new findings about global inequality and its evolution. WID.world It is a cumulative and collaborative research process that began in the early twenty-first century and now includes more than one hundred researchers with the aim of covering all countries of the world. WID.world It provides open access to the largest available database on the historical development of income and wealth distribution, within and between countries. The 2022 report presents new findings in four key areas. First, we provide comprehensive data on income inequality for nearly every country in the world over long periods of time. This allows us to provide systematic data on global inequality and analyze how it has evolved over time.

Income inequality has always been very wide. Global income inequality has always been very large, reflecting the continued existence of a highly hierarchical global economic system between and within countries. Global inequality increased between 1820 and 1910, in the context of the rise of Western rule and colonial empires, and then stabilized at a very high level between 1910 and 2020. Since 1980, internal inequality has grown, but international inequality has begun to decline thanks to the rapid growth of the so-called in large emerging economies. These two influences balance each other out so that global inequality has remained largely stable in recent decades, albeit at a very high level. Second, our 2022 report provides more in-depth evidence on wealth and its distribution around the world than is available so far.

See also  An electric charging network as extensive as the fuel grid: the Biden administration's plan

The weight of private wealth increases. In recent decades, the burden of private wealth has increased at the expense of public wealth, due to deregulation, privatization and the growing public debt. In addition, the concentration of private wealth also increased, with the largest gains in wealth taking place among the billionaire class. Third, we analyze gender inequality by generating systematic data on the share of global labor income earned by women and how well women are at the top of the labor income distribution. Globally, women’s share of earned income is just under 35% and shows a positive trend over the past 30 years, compared to around 31% in 1990.

Men earn twice as much as men. Men earn on average twice as much as women worldwide. Furthermore, the data reveal that women are significantly underrepresented at the top of the distribution, although the percentage of women at the top has increased since the 1990s in many countries. Surprisingly, women are now better represented at the top in some emerging economies such as Brazil than in advanced economies such as the United States. Fourth, we provide new evidence for carbon inequality around the world. Using a new set of carbon and energy calculations based on historical records, input-output tables and distribution statistics, we show how total carbon emissions are distributed not only between countries but also within them. Around the world, carbon emissions are distributed as unevenly as income.

Tax burden to reduce “extreme” wealth. The top 1% of carbon emitters contributed significantly more to global emissions than the bottom half of the world’s population. Therefore, policies aimed at reducing global emissions should primarily target very high emission sources. Finally, we discuss other policies that can reduce inequality. ( ) Progressive wealth taxes have re-emerged in the debate as a promising tool for reducing excessive concentration of wealth and generating much-needed state revenue. Using our data, we analyze the potential income of wealth taxes and discuss how they can be successfully applied based on lessons learned from current and past progressive wealth taxes.

See also  Prosper Africa, the US program to confront China

Wealth ‘extreme’ in tax havens. Currently, multinational corporations can easily evade paying corporate taxes by shifting their profits to tax havens, but an international effort is underway to create a minimum tax settlement. We discuss the role of corporate taxation in addressing inequality and global and unilateral approaches to tax justice. We also offer broader perspectives on how to reinvent the welfare state in the twenty-first century. As this report explains, WID.world It has produced valuable data on inequality in many dimensions, yet we are acutely aware that we still face significant limitations in our ability to measure the evolution of income and wealth inequality.

Lack of transparency about inequality. target in WID.world it is in World Inequality Report This is not to claim that we have complete data sets, but rather to state what we know and what we do not know and to clearly indicate which countries are doing best at producing and disseminating data in their efforts to create statistics on inequality. Part of our goal is to put pressure on governments and international organizations to publish more raw data on income and wealth. In our view, the lack of transparency about income and wealth inequality seriously undermines the prospects for peaceful and democratic debate in today’s globalized economy. In particular, it is essential that governments provide the public with access to reliable and detailed tax statistics, which in turn requires the operation of properly functioning reporting systems for income, inheritance, and wealth.

Economic issues belong to everyone. Without all of this, it is very difficult to have an informed discussion about the evolution of inequality and what to do about it. The most important reason to provide all necessary details about the data sources and concepts that underpin all our estimates of inequality is to allow interested citizens to decide on these important and difficult issues. Economic issues do not concern economists, statisticians, government officials and business leaders. They belong to everyone and our main goal is to contribute to the strength of the many.