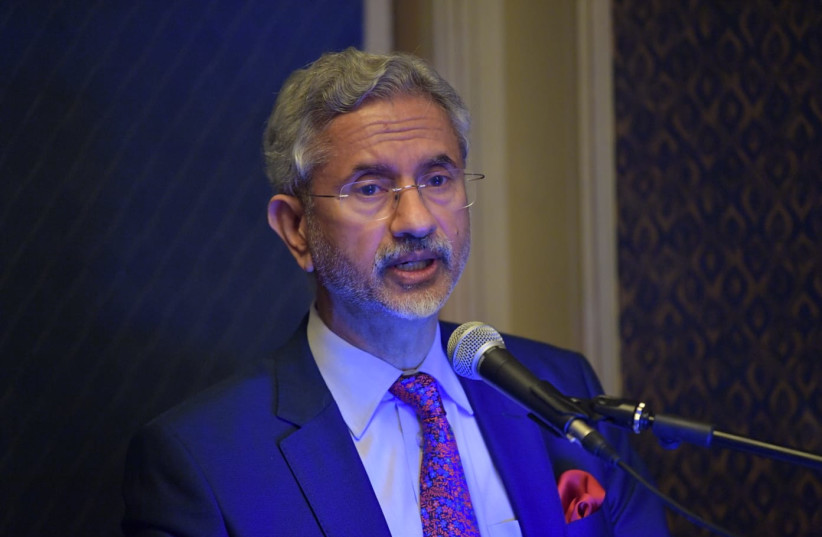 Indian External Affairs Minister Dr. S. Jaishankar told a group of Israeli and Indian businessmen on Sunday that India is resuming its doors to business and is seeking to increase trade relations with Israel.

Jaishankar is visiting Israel this week for his first visit here since 2017. His trip coincides with the international Blue Flag air exercises taking place this week in the south with air forces from India, the United States, Germany and Italy. United Kingdom, France, Greece and Israel.

Having suffered major economic damage during the first phase of the pandemic, India is now confident of its ability to achieve 9% economic growth this year and is experiencing its best year ever in terms of exports and foreign direct investment.

Jaishankar said India has implemented a number of economic reforms in recent years which give it greater strength to compete in the global economy.

“We consider Israel our most reliable and most innovative partner,” he said.

Indian Foreign Minister Dr. S. Jaishankar talks to a group of businessmen in Jerusalem. (Source: Courtesy of the Indian Embassy in Israel)

Since diplomatic relations between India and Israel were first established in 1992, bilateral trade and economic ties have grown from $200 million that year to about $5 billion in 2021, including oil trade. Defense trade consists of another $1.5 billion.

India is now Israel’s third trading partner in Asia and its seventh worldwide. Diamonds and chemicals primarily dominated trade, although in recent years there has been more trade in high-tech products, services, electronic machinery, communication systems, medical equipment, and other fields.

Anat Bernstein-Reich, president of the Indo-Israel Chambers of Commerce and president of TiE Israel, said health will be a major focus of future trade, as will food, energy, mobility, electronics and sustainability technologies.

Indian Foreign Minister Dr. S. Jaishankar talks to a group of businessmen in Jerusalem. (Source: Courtesy of the Indian Embassy in Israel)

Ron Malka, Director-General of the Economy Ministry, said Israel has three economic attaches in India that can help facilitate all kinds of economic projects. He noted that Israel and India worked together at the beginning of the pandemic to help Israel evacuate more than 3,000 Israelis stranded in India. He confirmed that he had sent materials for medicines and other treatments to Israel.

“Israel and India are shining examples of how two countries can cooperate during the pandemic,” Malka said. “There are many avenues for cooperation and more is on the way.”