In a phone call, Biden warns Putin against invading Ukraine 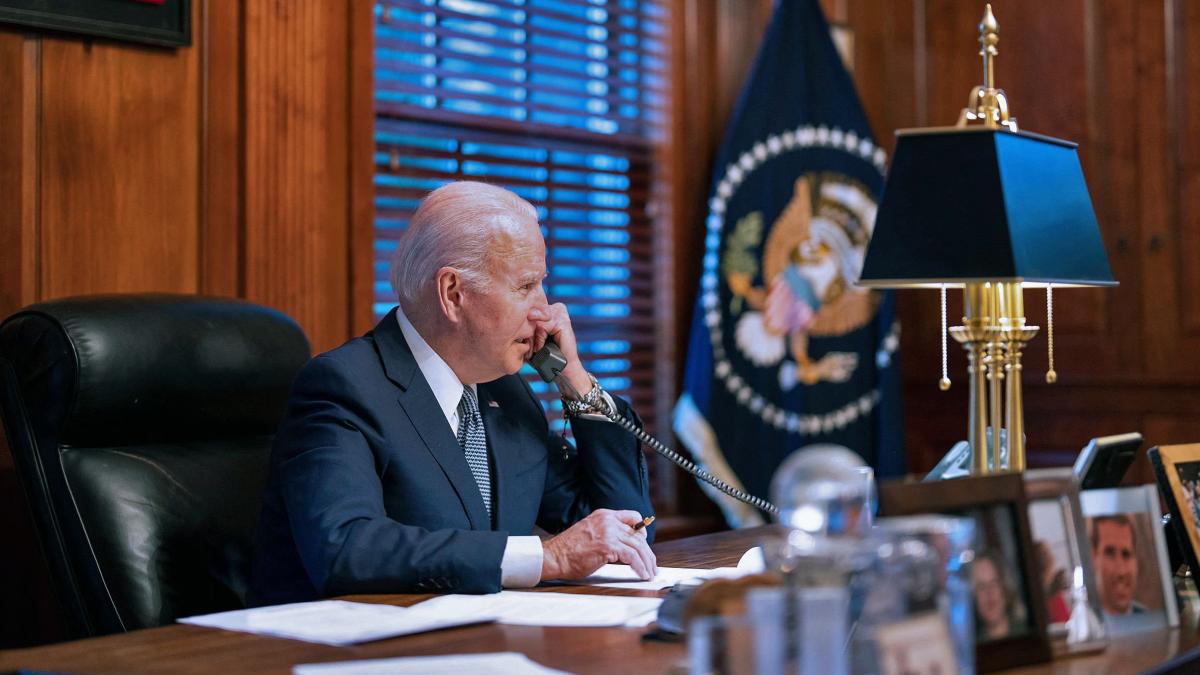 For the second time in a few weeks, US President Joe Biden and his Russian counterpart Vladimir Putin spoke on the phone. Biden called on Moscow to stop the escalation of the conflict in Ukraine, and Putin expressed his “reliance” after the conversation.

WLRussian President Joe Biden warned Russian President Vladimir Putin in a phone conversation about the Russian invasion of Ukraine. Otherwise, the United States and its allies will “respond decisively,” Biden said Thursday. According to the White House for Putin. Russia should “de-escalate” tensions with Ukraine.

A senior White House representative said that in the event of further military intervention in Ukraine, the United States and its allies would be ready to impose harsh economic sanctions on Moscow. In such a situation, NATO’s presence in its eastern member states will also be expanded. Ukraine can then count on additional aid, as well as the armed forces of national defense.

Putin, in turn, warned Biden against imposing severe sanctions on Russia, according to the Kremlin. This would be a “fatal mistake,” Putin’s foreign policy adviser, Yury Ushakov, said after the phone call.

Ushakov said talks planned for January between representatives of the two countries on security guarantees demanded by Moscow should produce “results”. According to his spokeswoman Jen Psaki, Biden made his support for diplomatic talks clear in the phone call.

While Putin, according to Ushakov, was “satisfied” with the phone call, a US government official said the conversation was “serious and important.”

Biden and Putin spoke by phone for 50 minutes on Thursday. The second phone call between the two heads of state in a month comes against the backdrop of tensions surrounding the massive deployment of Russian troops to the border with Ukraine. The West fears that Russia will attack the neighboring country. The government in Moscow denies any plans to launch an attack, rejects criticism of troop movements, and accuses Kiev and NATO of “provocations”.

Only on December 7 did Biden threaten Putin via a video link with sanctions and “serious consequences” if Russia attacks Ukraine. Moscow annexed Crimea in 2014 and supports pro-Russian rebels in eastern Ukraine.

Next meeting is in January

Biden and Putin also met in Geneva in June. Representatives of the United States and Russia plan to meet again on January 10 in Geneva to discuss the conflict in Ukraine. According to US government circles, it is unlikely that Biden and Putin will participate.

Russia demands security guarantees from the West and has submitted drafts of two agreements with the USA and NATO, aimed at banning the eastern expansion of the military alliance and the establishment of US military bases in the countries of the former Soviet sphere of influence. Many NATO members have rejected the far-reaching demands.

After the phone call, the Kremlin confirmed that Biden had promised Putin that the United States would not deploy any offensive weapons in Ukraine. However, the White House said Biden only reaffirmed current policy. President Biden has made clear that the United States will continue to provide defensive security for Ukraine and will not use offensive weapons. “This is not a new promise,” a US representative told AFP.