If you thought Fred, McTominay and Mattick would win the Manchester United titles, then you live in Cuckoo Land – Kane 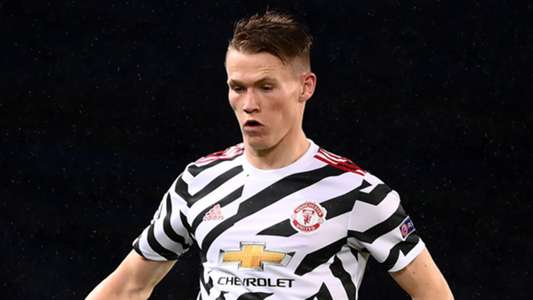 McTominay and Fred have started three of United’s last four matches in all competitions since their 6-1 win over Tottenham last month, and met again together in Sunday’s game with Arsenal at Old Trafford.

Meanwhile, Matic is seen as a reliable support, having participated in only five matches in all competitions so far in this campaign.

However, Kane believes United manager Ole Gunnar Solskjaer is very patient with the trio because he feels they simply aren’t good enough if the club wants to compete with the likes of Manchester City and Liverpool.

The former Republic of Ireland international player thinks Solskjaer should instead try other, more dynamic options, including a summer signature with Donnie Van de Beek.

The Dutch international has only started three matches for United since his summer transfer to £ 35m ($ 45m) from Ajax, and none of these have been in the Premier League.

He said: “There is nothing wrong with Man United winning a match 3-1, or 3-2, you should be in the lead.” Sky Sports.

“Last year, Chelsea scored more goals than they did, Leicester scored more than them. People talk about Fred and Maktominay in midfield, they had their chance, we saw them.

“I don’t think they are bad players, but they will not bring United back to winning the league titles. Tim [Cahill, fellow pundit on Sky] He makes a point there about Man United having great players, I don’t see that, and I don’t see the great players.

“They have some good players, but they need to show more. Van de Beek has entered the club, and there’s nothing wrong with spending your time, but if you think Fred, McTominay and Matic in midfield are going to get Man United back to their trophy climax, then you live in Cuckoo land.

“They won’t do that, I think they’re good players – I love them – but not to the next level, and that’s definitely what United are looking for.”