How does Egypt succeed in breaking into the list of Africa’s top players at the expense of Nigeria? 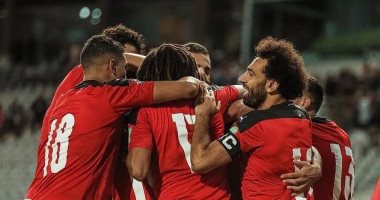 The Egyptian national team, led by Carlos Queiroz, is preparing for the matches of Angola and Gabon in the 2022 World Cup qualifiers, and appointed it to the fifth place in the FIFA monthly classification at the expense of Nigeria, before the draw for the second round of the African qualifiers for the 2022 World Cup.

Egypt is currently ranked sixth in Africa after the latest FIFA rankings, which placed it in 44th place in the world, while Nigeria ranks fifth in Africa and 36th globally.

Although the Egyptian team advanced 4 places, it remained in sixth place in the African continent with 1434.62 points, behind Nigeria fifth with 1492.37, and before Ghana seventh with 1411.3 points. World Qatar 2022,.

The Egyptian team needs to win all the upcoming matches in the World Cup qualifiers, as well as the Arab Cup, although it is not included in the international agenda, but these matches are calculated in the classification, but with less points than its counterpart on the agenda. Liberia and Cape Verde in the World Cup qualifiers, until the Pharaohs climb to fifth place in Africa.

It is noteworthy that the Egyptian national team played two matches in October against Libya in the third and fourth rounds of the African qualifiers for the 2022 World Cup, where the Pharaohs won the two matches with a score of 1-0 and 3/0.

See also  If you condemn Lukashenko, then why do you support Vučić - Politika