Herbolzheim’s new life concepts must appeal to the young – Herbolzheim 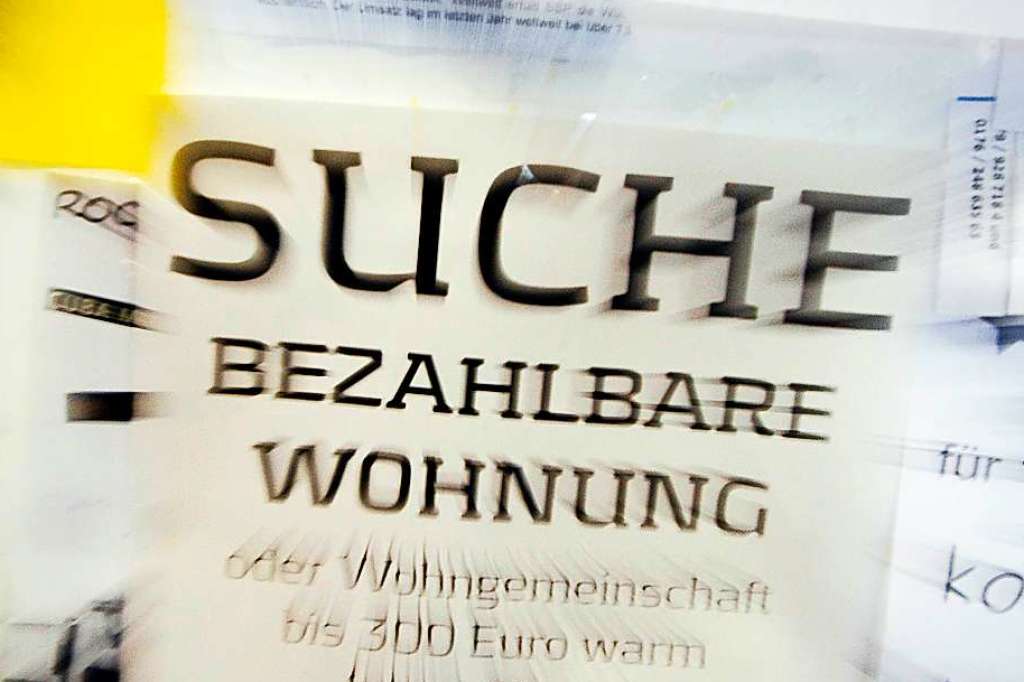 Herbolzheim is one of six municipalities in the “Young Living” model project in the state of Baden-Württemberg. This includes concepts of the types of lifestyles that are attractive to young people.

Creating an attractive living space for youth in rural areas is the stated goal of a nationwide pilot project. Six municipalities selected in the state at the start of the project “Youth Lives: Future-Oriented Living Models for Youth by Transforming Vacant Buildings in the City Center”. The city of Herbolzheim is one of them.

Minister Peter Hook was quoted as saying in a press release issued by the ministry, “In many rural communities there is a shortage of attractive housing that meets the special desires and needs of young people.” This may be one of the reasons why young people do not stay in rural areas or do not return after training or studies, despite the existence of sufficient job opportunities and the urgent need for skilled workers. At the same time, the Minister emphasized, there are vacant buildings in many local centers that can be reused in a good and financially viable way. This is where the “Youth Life” model project, which the state has now launched, comes into play. The program aims to help participating communities develop future-oriented housing models for youth by transforming vacant buildings in the city center, Hook says.

A project in Upper Austria as a model

The typical project model was the regional Agenda 21 project in Upper Austria, which found the lack of an attractive and affordable living space to be one of the main reasons for young people not staying or returning to rural areas. The specialist knowledge gathered in Austria should also be incorporated into the “Young Lives” project.

Herbolzheim is one of six model communities chosen through the expression of interest process. You will go through an accompanying planning process through which suitable vacancies are identified on site, possible funding models are presented and the need for young people’s lives is determined. At the end of the day, the six municipalities should have concrete and implementable concepts for young people’s lives. In addition to Herbolzheim, Dornstadt, Riedlingen, Stühlingen, Schwäbisch Gmünd and Zaberfeld there is also there.

Focus on the house of the former pastor in Bleesheim

Herbolzheim enters the race with the former pastor’s residence complex in Bleichheim to create an innovative and attractive living space for young people. According to the project criteria, the plans should not include new buildings, but rather a conversion of the existing ones. These are owned by the Catholic Diocese of Herbolzheim-Rheinhausen. The land belongs to the diocese of Freiburg. Mayor Thomas Giedmer expected the Herbolzheim proposal to have good chances from the start due to cooperation between the city and the church.

We hope for the motives for using sustainable building

“I am delighted that we have been selected from among the many applicants for this pioneering project,” said Thomas Giedmer in a press release. Since an expedition to Austria in 2020, Gedemer has been passionate about this concept of offering creative and appropriate forms of living for young people who are out of age in their children’s rooms but are still far from owning their own homes – especially in the country. Dean Stefan Messert sees it this way. The “youth life” in the old priest’s house is still just an idea. Meisert hopes that this study will give new impulses that can lead to the sustainable use of the building.

See also  Digital Teaching: The Experience of the Analog Group in a Digital Space

The project is scheduled to be completed in the autumn of 2021. According to the city, the state is supporting the project by about 125,000 euros.