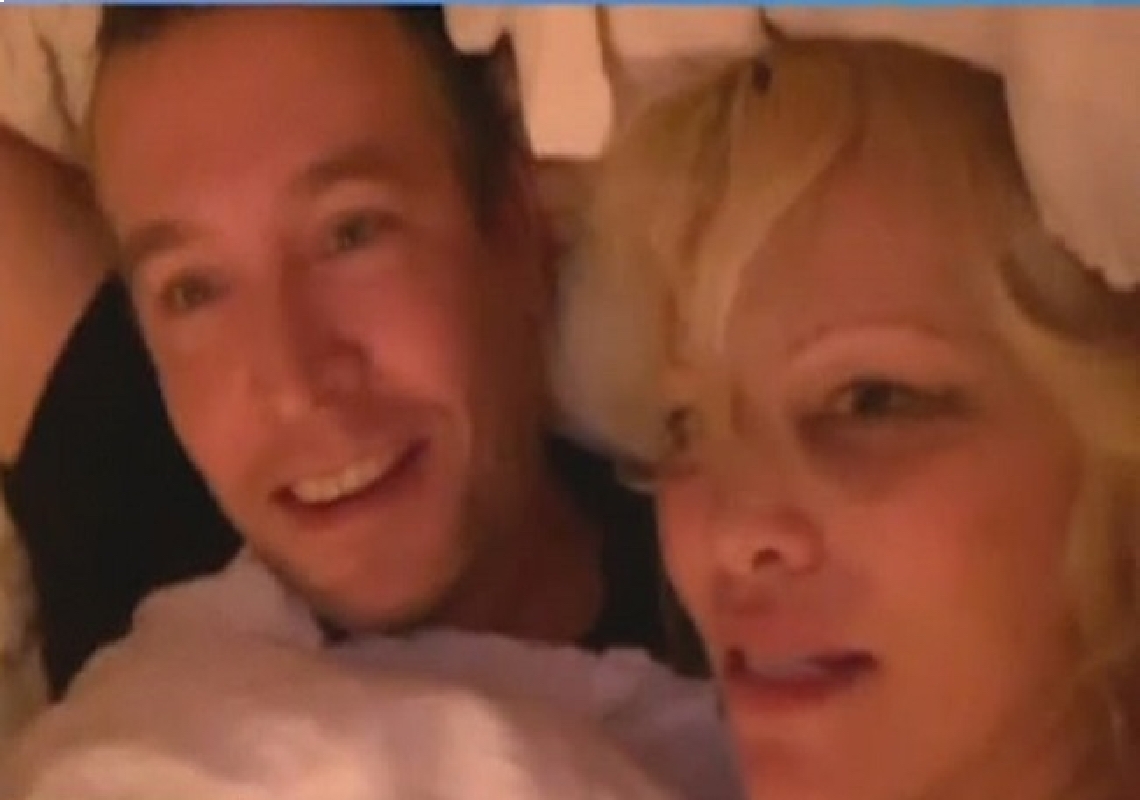 Recently, Pamela Anderson and her new husband Dan Herhurst had their first double interview with a British TV show. Voices binding? It turned out not. The couple in love decided to interview in a strange and surprising place – in bed, between sheets and pillows, enjoying and revealing: “We haven’t been out of bed since Christmas.”

Only one month has passed since we told you that Pamela Anderson (53) married for the sixth time in her life, as I recall, a year after she got married and divorced within two weeks. The couple has now decided to attend the couple’s first interview, but apparently they weren’t really excited about the event and, in fact, chose not to get out of bed.

The couple spoke to the interviewer while they were in bed, under the blankets, and looked close, liked, and mostly entertained. After the surprising location, the interview quickly took on a lukewarm, non-binding character, more like an intimate conversation between friends, and less like a first TV interview together.

When the presenter has fun with the couple and tells them that their honeymoon seems to be going well, Pamela and Dan reveal that they have not been out of bed since Christmas. Pablo also said she knew Dan Hearst when he was her bodyguard, and the two got stuck together after the coronavirus. We were finally married here, just like my parents, and I am still together. I think it will bring us good luck, Pamela adds.

When Dan was asked about the relationship, he said that he fell in love with Pamela in a short time, and couldn’t resist her, while Pamela on her part said that Dan is a good man from a good house, someone she meets once in a lifetime. . “It’s good to be with a real man for a change,” she says. Additionally, Pamela revealed that she managed to convince Dan to switch to a vegan diet and not miss the opportunity to talk about their shared sexuality: “Vegetarians are totally better lovers.”