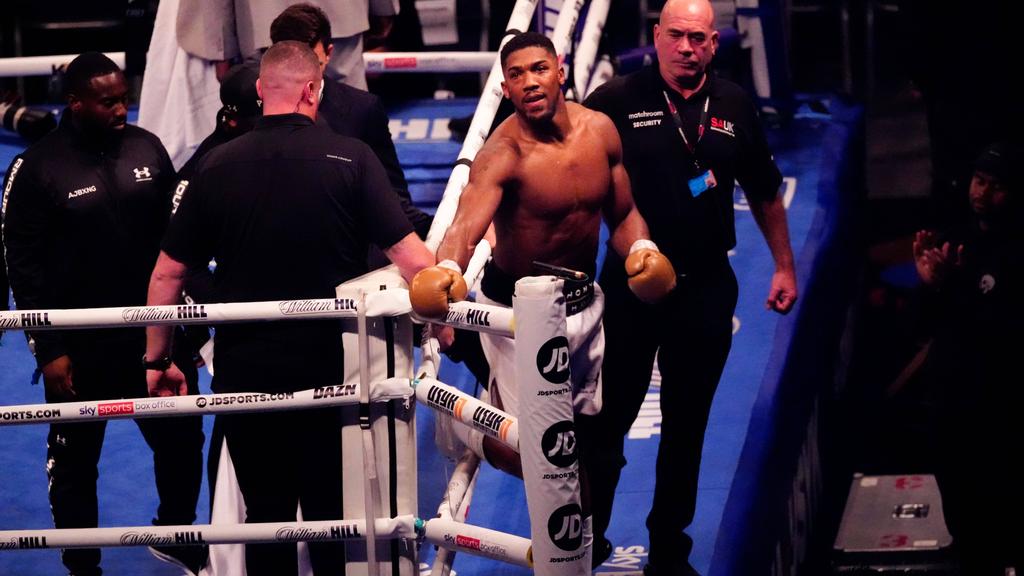 After losing to Oleksandr Usyk, former World Heavyweight Champion Anthony Joshua left no stone unturned to turn it around. With the search for a new coach, the Briton has long begun his mission to bring the match back. Another challenger could smile wearily at this. He sees problems elsewhere.

Anthony Joshua’s US gym tour has grabbed some headlines in the boxing world. After the loss to Oleksandr Usyk, AJ sought out the opinions of other coaches, talked to them about his mistakes and got tips on how to do better in the rematch against the Ukrainian. In all likelihood, the Briton will hire one of these coaches to prepare for the second duel.

Heavyweight Dillian White, likely next opponent to WBC Champion Tyson Fury, can only shake his head at this one. For him, the problem isn’t Joshua coach Rob McCracken, but the other people at Camp AJ.

“Personally, I think Robert McCracken is a good coach,” White told iFL TV. “A lot of people talk a lot of bullshit about him, but he’s formed Olympic champions and many world champions and was also a good fighter.”

The problem, according to the heavyweight, is rather the people Joshua gathered around him. “A lot of people who work with Joshua know nothing of boxing. All these guys are pulling him in too many directions,” White criticized, without giving any specific names.

White said the whole situation around Joshua is a bit “crazy”: “You ask yourself, ‘What are you doing?!'” ” I do not know.” “You can certainly have a great team around you,” said the Briton, who clearly believes that’s not the case with Joshua, “but everyone has to be on the same wavelength.”